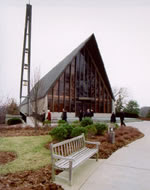 Just arrived back home a little over an hour ago from the sixth annual local observance of the Transgender Day of Remembrance at the Louisville Presbyterian Theological Seminary.

The mood was a little more somber than usual because one of our own was on the list. Nakhia's cousin Yana and twin sister Nicole were also some of the 40 people in attendance here along with our friends, LPTS students and allies.

After a welcome from LPTS Dean David Hester (no joke, peeps) the service began with remarks from Sienna (the local gender group) president Christina.

There was a prayer read before the reading of the names part of the ceremony commenced. As I silently read the list of names, many of them whose stories I've chronicled in this blog, I felt this feeling of sadness washing over me.

But what I was feeling probably paled in comparison to Yana and Nicole's reactions when their late relative's name was read aloud and the candle was lit for her. 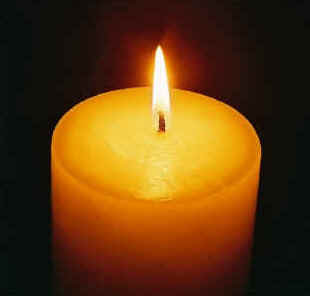 We had a wonderful rendition of We Shall Overcome after the reading of the names performed by pianist Harry Pickens, an inspiring speech from Beth Harrison Prado, prayer and an additional song from Carol Kraemer.

Once the TDOR service concluded, we moved to the Winn Center for a reception and the announcement of the 2008 Butterfly Award winner.

It's a new award that the LPTS Women's Center began presenting last year to the person doing outstanding work in the local transgender community. Beth was surprised and pleased to learn that the award would be going home with her. 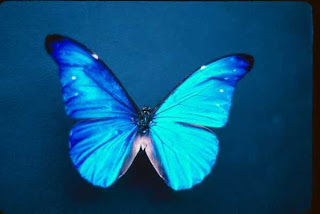 Beth in her short acceptance speech for the Butterfly Award hit the nail on the head about the purpose for the TDOR's.

While we mourn the people tragically taken away from us, it's also a celebration of the fact we are openly and truthfully living our lives as transgender people.

The ceremony reminds us that in any struggle in which oppressed minorities fight for their full citizenship rights, people will lose their lives along the way before the majority of them reach the promised land of equality.

We must keep fighting and pushing for that day while never forgetting the ones who paid the ultimate price for being their authentic selves.

The best way to encapsulate what I'm thinking and feeling right now is to close this with some words from Maya Angelou that were on the front of our TDOR program.

Sleep well, my fallen brothers and sisters. You have risen to a better place. We who you left behind will continue the fight to make this a better world for us and future generations to live in.
Posted by Monica Roberts at 10:15 PM