What Goes Around, Comes Around Longhorn Fans 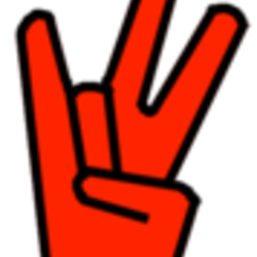 As a UH Cougars fan I despise the University of Texas Longhorns and some of their fans almost as much as the Texas A&M Aggies and Oklahoma Sooners fans do.

I'll never forget a Southwest Conference football game versus Texas I attended in the Dome back during my freshman year in 1981. I had the misfortune of sitting next to a group of Orangebloods who not only were shouting the derisive 'Cougar High' sobriquet for most of the game, as they became more inebriated and infuriated that the game was headed to a 14-14 tie started uttering racial slurs at me and my homies dressed in Cougar red and white as well.

Those fans more than lived up to their reputation that many peeps across the Lone Star State and on the other side of the Red River that don't revere Forty Acres share about UT Longhorn football fans.

I discovered over the years I wasn't alone in telling my Horns Fans Gone Wild story. The boorish behavior exhibited inside and outside of Austin fuels much of the distaste many of us feel toward the Longhorns.

While some Longhorn fans conduct themselves with class and dignity and show the legendary hospitality we Texans are known for, others are pompous, arrogant, and nekulturny in addition to sometimes being straight up racist. Some of them are so spoiled they feel that if UT isn't in the Big 12 or BCS title game, then it was a lousy football season. That season becomes intolerable if they lose to the Sooners, on Thanksgiving Day to the Aggies or both teams in the same year.

The rumors persist despite heated denials from the UT camp, they were the ringleaders in keeping us out of the Southwest Conference until the 1970's because UH was actively recruiting African-American athletes in the late 60's. The perception that they worked diligently to keep the University of Houston out of the Big 12 when it formed in 1995 has not been forgotten or forgiven by Cougar fans either.

The Longhorns never forgot the 1976 season. Not only was it Darrell Royal's last year coaching the Horns, it was the first year UH was eligible to compete for the Southwest Conference football title.

The Coogs administered a 30-0 butt kicking in front of a then record Memorial Stadium crowd that jumpstarted a streak of four SWC football championships and four Cotton Bowl trips for my Cotton Pickin' Cougars in five years.

The Coogs also had a streak starting from 1987-1991 during the Run and Shoot era in which we beat down the Horns four out five times by lopsided scores. To add insult to injury during that streak we beat them in 1988 by a 66-15 score in DKR-Memorial Stadium.

That's probably why they made sure we didn't get invited to the Big 12 and came up with BS reasons to exclude us.

Hey, even as a card carrying member of the 'I Hate The Longhorns Club' I have to get real for a minute.

There's no doubt that UT got screwed in terms of the Big 12 South Division tiebreaker and even Stevie Wonder can see that. I'd be pissed too as a football fan if I had to suffer the indignity of watching two teams my school beat get into a championship game and play for the title.

But I see it as karma for the crap that was pulled on us and the rest of your Left Behind SWC brethren. How do you think we Cougar fans feel watching you peeps play in a conference we should have been a part of at its formation?

We also get the indignity of watching you recruit Houston area high school football talent to stock your Longhorn squads with that you'd have a much harder time hooking (pardon the pun) with the University of Houston as a Big 12 member. 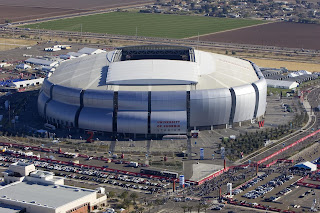 It ain't Miami and the BCS Title game, but at least you're going to a BCS bowl. Most schools would kill to go to the Fiesta Bowl, much less ANY bowl and you're whining about it.

But while you're sitting in the air conditioned comfort of Glendale's University of Phoenix Stadium, you may wish to contemplate the possibility that the arc of the college football universe is starting to bend towards justice.

Oklahoma ain't exactly a prize, either, as far as their past treatment of minority players, for one. i'll take the Gators.

if it weren't for Texas players populating their rosters, Oklahoma wouldn't have a Top 5 program.