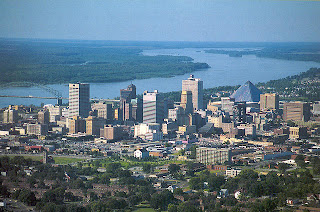 Here we go again in Memphis, TN. A transwoman was shot in the face and is in critical condition.

Memphis police say the shooting happened sometime around 5:00 a.m. Tuesday, December 23, 2008 in the 3100 block of Boxtown Road in south Memphis near T.O. Fuller State Park. Leeneshia Edwards was last seen about an hour earlier at the “C.K.’s Coffee Shop” on Union Avenue in midtown Memphis.

Edwards' cousin reports that Lenneshia was shot in the jaw, side and back and is undergoing multiple surgeries.

So peeps in the Memphis area, if you saw anything that night, do us and the family of Leeneshia Edwards a favor. Call Memphis Crime Stoppers if you have any information about either this case, Ebony Whitaker's or Duanna Johnson's at (901) 528-CASH that gets the po-po's one step closer to resolving these crimes. Remember, the peeps that did this could one day strike your family, so the sooner you get them off the streets and behind bars, the safer Memphis becomes for you as well.

For those of us who live in Memphis and beyond, keep Leeneshia in your prayers this holiday season.

When the 110th Congress opens for business,, as soon as an ENDA bill is filed, we need to demand that it not only include transgender people, but it be passed without delay.
Posted by Monica Roberts at 10:43 AM

I'll gar-on-tee you that rogue Memphis pigs did all these dirty deeds, probably the ones caught on tape and fired for beating Duanna Johnson.

I would recommend that the T community boycott, publicly, the City of Memphis, and that all T people vacate Memphis for their own safety.

I have to agree with you. As much as I love Corky's BBQ, it's being boycotted until my sisters can walk Beale Street, much less any street in Memphis safely.

Hmm... let me get this straight.

So, mysteriously, a woman who called out the Memphis police on her ill-treatment is dead.

Mysteriously, the police investigations into her murder and the murder of a physically "similar" woman have been incredibly lacklustre.

And MYSTERIOUSLY, another physically "similar" Memphis woman has now been shot.

Gosh, the world is sometimes full of brain-teasers...

I'm an adult, I know something about the world, I'm nearly always upset rather than shocked when I see something this blatant... but yes, still a bit shocked.

This saddens me. I grew up not too far from Nashville and I always wanted to visit Memphis, but now I'm not so sure.

My sister-in-law is a transsistah and she visited us earlier this year. She's from Pittsburgh. We're in South Carolina. I warned her of the small minds in this area but she was determined to be herself regardless, and I don't blame her. We went out for karaoke and some Southern county ass man hit on her. She refused and told him that she 'was a man' to get him to go away. He went inside the club and tried to slander her and just so happened to bad mouth her to my husband... her brother. Big fight ensued, police were called. Of course we were to blame *smdh* and they made us leave. The police found the whole thing amusing, us, not so much...

Eileen,
And some biosisters have the nerve to say we transsistahs have nothing in common with you ;)