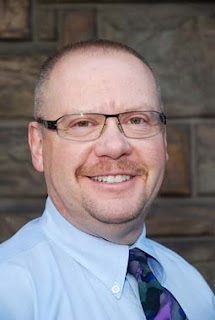 As I mentioned in another post, I met then Sgt. Stephan Thorne during the 1999 Creating Change when it was held in Oakland and had a wonderful conversation with him.

I was ecstatic to find out that the 24 year veteran of the San Francisco Police Department was recently promoted to lieutenant.

In gaining his promotion, he also made history. He is the highest-ranking out transgender law enforcement official in the country, according to San Francisco Police Commission President Theresa Sparks, who is also transgender. Thorne is one of the top-ranked LGBT officers in the SFPD.

Thorne has been a police officer for 28 years, and stated to the Bay Area Reporter's Seth Hemmelgarn that he's honored and excited about the promotion not just for himself, but also for others.

"This is a really significant step, and a really validating experience personally for me, but also for all other transgender people," he said.

Sparks said Thorne is "a gentleman" and "really an excellent role model for our community." She said there are also two transgender patrol officers on the force.

Thorne, who transitioned in 1994 amid quite a bit of publicity, said he identifies as queer but is in a long-term relationship with a woman, Michiko Bailey. The two have five children between them from previous relationships, and four grandchildren.

Thorne doesn't yet know where he'll be stationed. First, he has to go through two weeks of training. Police lieutenants typically manage other personnel.

"I'm proud on behalf of my community, and also acutely aware of the shoulders I'm standing upon of all the people that have come before me and done such hard and incredible work to move forward with equal rights for all of us," Thorne said.

"I think that he embodies the professionalism and commitment to public service that we want to see in the SFPD leadership," Dufty said.

Dufty said he's heard from many members of the police department about Thorne's promotion.

"People really regard him as eminently qualified," Dufty added.

Let me add my congratulations to Stephan as well for his historic promotion. He's a quality guy and the San Francisco PD is definitely lucky to have him as part of their force.
Posted by Monica Roberts at 1:00 AM