SCC-Have Y'all Lost Your Damn Minds? 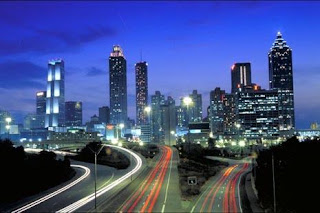 The Southern Comfort Conference has always been one of my fave transgender events because it's held in the ATL. I attended the 1999, 2000 and 2004 ones and if I wasn't feeling what was happening in the conference hotel, I'd break away, go hang out with my peeps, or hop a MARTA train and check out what Atlanta has to offer historically and culturally.

SCC is now in the planning stages for its 2009 edition taking place September 22-27, and they always organize it around a theme. The last one I attended in 2004 had a Hollywood one, which was pretty cool. They even had one room set aside during the conference as a theater in which they played transgender themed movies.

I have to give SCC credit for making an sincere effort to address the issues and problems that have caused low POC attendance. It led one former African-American SCC attendee I chatted with during my last SCC visit in 2004 to comment, "SCC is definitely Southern and not very comfortable."

The SCC BOD was also embarrassed and concerned about the fact that this conference is held in a city considered to be the Black GLBT mecca, but you could count the number of African-American transpeeps that attended it on one hand and if they were lucky, sometimes two. Up until the recent 2007-08 SCC's, the record attendance for POC's at an SCC conference occurred in 2000 when 26 of us were there. 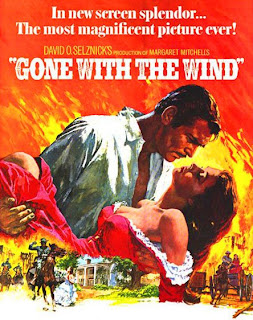 But bearing the previous paragraph in mind, it has come to my attention that someone on the planning committee proposed a 'Gone With The Wind' theme for 2009 and wanted to know what transgender peeps of color thought about it.

Since they actually asked us, here goes:

Have y'all lost your damned minds?

Some of you peeps may love Margaret Mitchell's book and the movie, but I can say with certainty that me and probably my transpeeps definitely won't be feeling that theme. In fact, when you just have gotten to a point over the last two years where you're drawing an African-American crowd that doesn't number into the single digits for this conference despite moving it into the 'burbs from the Midtown hotel it used to have, why the hell would you even think about a 'Gone With the Wind' theme that would put a screeching halt to the positive momentum you've mustered?

And why select that theme when all African-Americans are basking in the afterglow of a historic presidential election? 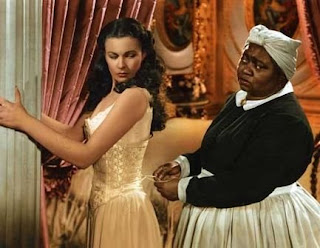 Since someone came up with that theme, I have to ask the question just how many peeps of color are actually helping plan this event?

Dawn, Marisa and I at various times participated in the planning of past SCC's. What struck me as a former member of the committee is that in some cases we were the only peeps of color in the planning meeting room.

But it also speaks to just how much 'ejumacation' we African-American transpeeps still have to do in the transgender community as well. That somebody would actually think we'd be cool with that theme, which reflects a period of time in US history that is still personally painful to many of us is beyond me.

But then again, there are some peeps in the GLBT community that seem to think Chuck Knipp as Shirley Q. Liquor is funny, so I shouldn't be surprised.

But the onus is also on us as African-American transpeople to get involved. It's lack of diversity on these boards that leads to these kind of incidents that I'm discussing now. If we don't want these type of racial faux pas to continue happening, we need to start participating in the planning of major transgender community events, and the transgender community needs to do their part to find and retain transgender people of color for these boards who wish to do so.

Posted by Monica Roberts at 5:48 AM

Yes, someone wasn't in their right mind. I must admit that there have been many SCC attendees who've attempted to burn Atlanta down after-hours. I can understand why they might want to invoke the Scarlett and Rhett image, but the negatives outweigh. They could instead invoke the traditionally Southern tradition of the cotillions, which is common to the POC community, which would allow antebellum dress.

Normally, SCC doesn't start planning until January. Maybe they can pick another theme then.

Honestly, for many years I'd never seen GWTW or learned about its role in excusing slavery - I just thought of it as "one of those old movies lots of people like". Hopefully it was mostly ignorance about the movie itself, not an actual belief that a piece of vaguely pro-slavery propaganda would make a nice theme. But, yeah, if I hadn't grown up white, I wouldn't have been unconscious to its implications in the first place.

I'm glad at least somebody knew to ask before it got past the wacky-idea phase. With a more diverse organizing board, it wouldn't have even been a question.

SCC has been proactive in being sensitive to trying to build a welcoming atmosphere for all of its attendees, so I'm not too mad at them.

But still, a 'Gone With The Wind' theme?

One of the suggestions for a theme that came from our TSTB discussions advanced by Fredrikka Maxwell was 'Our Proud History', in which people could dress up as one of their fave historical figures

At least someone at SCC had the good sense to ask for reactions instead of just going forward. If all LGBT organizations would do similar, the whole community would probably be better served.