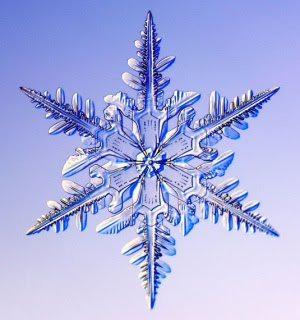 For most cities, snowfall is a ho hum event that as the amounts of it increase, bring increased vitriol for it. But in my hometown, it's a big deal since we don't get it that often.

The only time during my childhood we got any significant snowfall was the four inches we received in January 1973 that earned us a snow day off. Me and my friends happily spent that day making snowmen and ambushing each other with snowball fights. 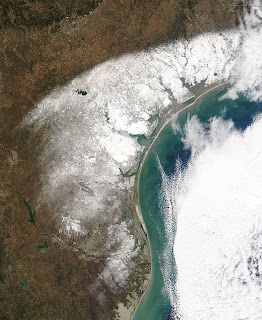 But twice in one decade is definitely a rarity. Just a few years ago on Christmas Eve 2004 a massive snowstorm dumped snow over a region stretching from Brownsville, TX along the Texas and Louisiana Gulf Coast to New Orleans in addition to Houston. That was the first White Christmas in Houston's 140 plus year history

Yesterday's snowfall tied a record for the earliest ever recorded for the Bayou City. According to National Weather Service records dating back to 1894 the earliest snowfall on record for my hometown is December 10, 1944.
Posted by Monica Roberts at 9:29 AM