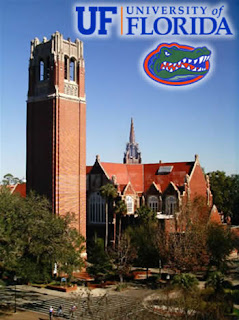 TransGriot Note: Here we go again. Usually towns and cities that are homes to colleges are fairly progressive, but apparently Gainesville FL, home city for the University of Florida has a group of haters who feel it's their 'right' to deny civil rights protection for a minority. When will this lunacy stop?

City commissioners unanimously approved language for a ballot amendment Thursday night, despite opposition from the political action committee that's behind the petition drive that would put civil rights for gay, lesbian, bisexual and transgender individuals to a vote.

If local law were altered to mirror the state statute, the change would eliminate the words "sexual preference" and "gender identity" from the classes of people in Gainesville who are granted equal access to housing, employment, public accommodation and credit.

Mayor Pegeen Hanrahan emphasized Thursday that without the city's added protections, it is perfectly legal for a business owner to refuse to serve a gay person or for a landlord to deny housing to a transgender individual.

She said the city has chosen to protect these people from discrimination.

"If you take away your community's right to do that and cede that right to the state, then you defacto say, that, 'OK, we are willing to allow those discriminations.' "

Earlier in the evening, the commission voted to adopt a resolution opposing the amendment.

Members of Citizens for Good Public Policy said the adopted ballot language was a clear attempt to bias the focus of the amendment.

"You clearly wish to slant the wording of the amendment in such a way as to create prejudice about it," said Jim Gilbert, who worked with the organization in collecting more than 6,000 valid signatures. "I ask the commission to drop its double standard and admit that you got this one wrong."

Gilbert and Cain Davis, president of the citizen organization, both approved the ballot language initially brought before the City Commission.

Initially, the amendment merely stated what the protected classes were in the Florida civil rights statute.

The language adopted Thursday night lists those classes that are currently protected by the city but would no longer be if this amendment passes.

"I think there are some very misleading things going on here tonight," Davis said.

In collecting petition signatures, Citizens for Good Public Policy was accused of using misleading tactics by portraying the issue as one of men using women's restrooms.

The group organized in opposition to a City Commission vote in January putting "gender identity" into the list of protected classes.

Davis has argued that because transgender individuals are now guaranteed access to public accommodation, men can use women's restrooms, a right that would be abused by sexual predators.

"Sexual orientation" has been in the city's ordinance since 1998.

City Attorney Marion Radson said it is the duty of the city to ensure that the ballot language "be fair and advise the voter sufficiently to enable him or her to cast an appropriate ballot."

Radson said that the language commissioners adopted Thursday night passed that test.
Posted by Monica Roberts at 11:08 AM