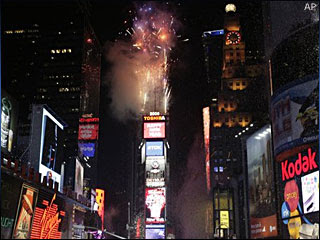 The clock is ticking down not only on the end of this historic year, but the end of the Bush presidency as well.

It's been a up and down year for us in the transgender community. We've added a few more cities to the long list of areas that believe our civil rights are worth ensconcing into law. We backed the winner in a historic presidential race.

It was a historic year for African American transwomen. Dr. Marisa Richmond became the first African-American transwoman to become a delegate at a major party convention. Isis King and Laverne Cox made ground breaking television appearances showcasing our beauty and intelligence.

Unfortunately we lost 30 more of our transsisters to anti transgender violence, with the latest one just happening days ago in Indianapolis.

We are receiving renewed attention from the Forces of Intolerance. They have decided to use any unchristian means necessary to oppose the inevitable arching of the moral universe towards justice for transgender people.

Sadly, one of the willing members of that cabal of intolerance is the Roman Catholic Church.

But one of the things I'm looking forward to in 2009 besides the Obama inauguration is exploring the exciting possibility that our African descended biosisters are not only keenly interested in learning more about us, but may finally be realizing that we transwomen are their natural allies.

I'm also encouraged that while we still have a long way to go, we have taken major strides toward destroying some negative myths about African descended transgender people and what we bring to the African American family table.

So change is coming, and it's not just at the White House on January 20 either.
Posted by Monica Roberts at 10:55 AM

RIP to the 30 or more of our transsisters lost to anti transgender violence in 2008.

I hope and pray that 2009 will bring us closer to a time and place of acceptance, tolerance and love for all of us.