Under New Management In One Month 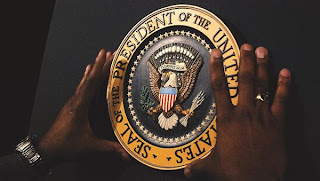 We are only one month away from the United States being under new management.

I can't wait to see the inauguration, the parades, the inaugural balls and all the other assorted historical pomp and circumstance that accompany our presidential change in leadership. It's also going to be cool to finally have an A student in charge of the country as well.

It's also going to be beautiful to see Air Force One (or Marine One) take off in the direction of Dallas with Bush on board for the final time as the White House finally get some peeps descended from the original builders of 1600 Pennsylvania Avenue moved in.

Sorry Dallas peeps, he's not transiting enroute to the fake Crawford ranch, he's settling there. Unfortunately we'll also have to endure at least a month of furious spinning coming from the Bush misadministration trying to cleanse his odious presidential legacy.

While most schools wouldn't be caught dead with the George W. Bush Presidential Center on their campus, the schools that fiercely competed for it were Baylor University in Waco, Texas Tech University in Lubbock, The University of Dallas and Southern Methodist University.

SMU eventually won that competition because First Lady Laura Bush, presidential adviser Karen Hughes and White House counsel Harriet Miers are alums. Laura Bush also serves on SMUT's (our sarcastic nickname from my college days for that preppy Republican private school) board of Trustees, and Vice President Dick Cheney when he lived in Dallas once served on SMU's Board of Trustees. 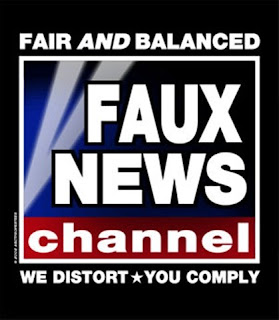 He and Faux News can spin until they get dizzy, but nothing is going to save Junior from the harsh judgment of the American people, the world and present and future historians that this ranks (so far) as one of the worst presidencies in US history.

And we're talking historically bad ones such as James Buchanan (1857-1861) whose failures led to the Civil War that almost destroyed this country. Franklin Pierce (1853-1857) had the triple whammy of being drunk, incompetent and unfortunately preceding Buchanan. Warren Harding's (1921-23) brief term had unprecedented level of corruption, Ulysses S. Grant (1868-77) was at the helm during the 'robber baron' era and a depression, and Dubya's alter ego, 'His Fraudulency' Rutherford B. Hayes (1877-81) was questionably elected on disputed Florida votes as well and as part of the political deal that sealed his election, facilitated the introduction of racist Jim Crow segregation and an orgy of anti black violence in the South by ending reconstruction and pulling federal troops out of the region.

That's the presidential company that many people consider Bush occupies, but time will tell. 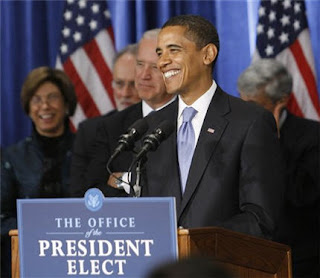 So yes, I'm happy that President elect Obama is determined to leave office being considered as one of our best presidents. He knows that future POC occupants of the Oval Office will depend on him successfully executing the job over the next four to eight years, and so far he is putting together an administration that will help him make that possible.

Because after the last 8 years, the country and the world definitely needs it.
Posted by Monica Roberts at 11:02 PM

It's also been fun to reread the comments from the raging debate at SMU about the Bush library.