Chic Nominated Again For Rock and Roll Hall of Fame 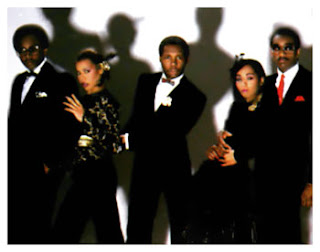 Pardon Nile Rodgers and the rest of Chic if they're starting to feel like All my Children's Susan Lucci. Susan was nominated 18 times for a Daytime Emmy Best Actress Award before she finally won it in 1999.

Chic is one of my my fave groups from my high school days (and still are). For those of you with knee-jerk reactions to disco, you can stop right now because this band was cutting edge.

Ask Sister Sledge, who thanks to Nile and 'Nard's production talents, created a song that became a championship anthem for the 1979 Pittsburgh Pirates. 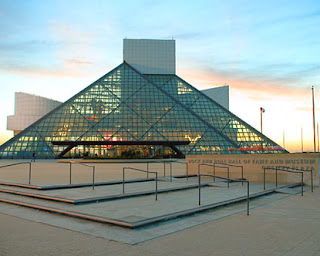 Once again Chic has been nominated along with Jeff Beck, Wanda Jackson, Little Anthony and the Imperials, Metallica, Run-D.M.C., the Stooges, War and Bobby Womack, but only five of these outstanding nominees will get in. After the votes are tabulated, the announcement will be made next month as to who will comprise the Rock and Roll Hall of Fame Class of 2009.

The induction ceremony will take place in April, and this time I'm hoping along with other Chic fans that they'll FINALLY get in.
Posted by Monica Roberts at 10:11 AM

I sure hope that they get it. Chic was my love once I was out of the Heavy Metal (Rush, Motorhead, Scorpions) phase. It was the first group that I played, I fell in love with the sounds and mood of the music decades ago. In fact Chic's hits and albums are currently in my playlist on the iPod. Soooo Ces't Chic !

Meghan,
I definitely feel you on that.

The violins in the background of Chic songs were so cool and sophisticated to me.