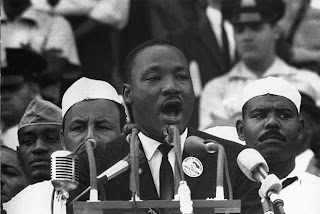 As evidenced in several places here on TransGriot, I've given a few speeches here and there at various times for various reasons before and since I started this transition journey. I love reading the website American Rhetoric sometimes for inspiration when I'm asked to compile one for delivery.

Speaking of compilations, an Electronic Village post about Professor Anita Hill's opening statement to the Senate Judiciary Committee during the 1991 Uncle Thomas confirmation hearing making the list of 100 Greatest Speeches of the 20th Century led me to wonder not only who else made the overall list, but with our tradition for oratory, how many African-Americans did.

It's a fascinating journey through the last century of American oratory, and it speaks to why President elect Obama's recent campaign resonated with so many people. The list reads like a Who's Who of oratory with familiar names such as John F. Kennedy, Lyndon Johnson, Eleanor Roosevelt, Ronald Reagan and Franklin Delano Roosevelt. 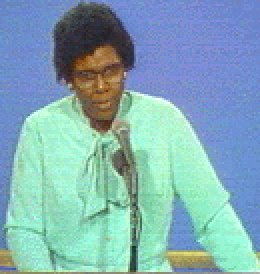 The Number 1 speech is of course, Dr. King's 1963 'I Have a Dream' speech which beat out John F. Kennedy's 1961 Inaugural address for the top spot. But clocking in at Number 5 is Barbara Jordan's 1976 DNC Keynote Address and at Number 7 is Malcolm X's 'The Ballot or the Bullet'.

Dr. King makes an appearance again at Number 43 with his April 4, 1967 Riverside Church speech blasting the Vietnam War entitled 'Beyond Vietnam- A Time To Break Silence', followed closely behind by Mary Church Terrell's October 10, 1906 speech 'What It Means To Be Colored in the Capital of the U.S.' to close out African-American speech makers in the Top 50. 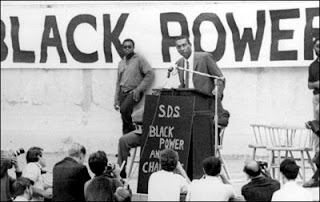 Rev. Jesse Jackson, Sr. is at Number 51 with his 1988 DNC Address delivered from the Democratic convention in Atlanta in the wake of his presidential nomination run that fell just short. Kwame Toure's (Stokely Carmichael) 1966 'Black Power' speech in Berkeley, CA made it at Number 65, and I already mentioned Professor Anita Hill at Number 71. 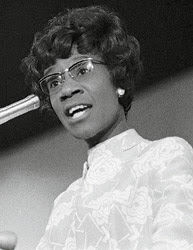 Malcolm X makes another appearance at Number 91 with the November 10, 1963 'Message To The Grass Roots' speech and at Number 94 Rep. Shirley Chisholm's eloquent August 10, 1970 speech 'For The Equal Rights Amendment'.

Never 'misunderestimate' the power of a great speech.
Posted by Monica Roberts at 12:52 AM