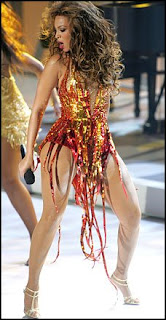 My fellow Texans and legions of singers and writers have waxed poetically about the mystery and beauty of women's legs.

Short of our faces, breasts and our bodies, the next thing a transsistah obsesses about (because she knows that guys and sometimes other women do) are her legs. The last thing she wants is to have NFL linebacker legs or anything that has a mere hint of masculinity.

Fortunately the shape of our legs is something that we have a little control over in terms of exercise to tone and shape them. In addition we get the same benefits from estrogen when it comes to our bodies that biowomen get in creating feminine curves. 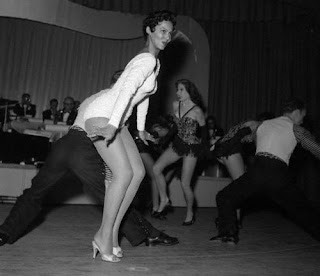 After we start taking them, over time hormones do shift fat around and elongate the leg muscles to create a more feminine look to them.

And if you've grown up in the African-American community, you are well aware of the fact that many of our legendary beauties from Lena to Dorothy to Tina to Rihanna have been admired and desired not only for their looks, curvy brown frames, talent and intelligence, but their killer legs as well.

Rihanna not only won Venus Breeze's 2007’s Celebrity Legs of a Goddess, but they also insured her legs with Lloyd's of London for $1 million.

I've observed that guys go especially gaga over those legs if they're wearing hose with them.

Hey ladies, just kicking knowledge to y'all from my time on the other side of the gender fence. If you prefer male companionship, break out the hose. Your love life and the hosiery makers of the planet will thank you for it later.

So is it any wonder that after observing the cultural cues and taking all that in, why transwomen, and especially African-American ones would be anxious about how their legs look?

It's also a concern if you're involved in the pageant or ballroom communities in which the closest you come to looking as feminine as possible enhances your chances of winning.

I got the genetic luck of the draw with my legs as well. I can't tell y'all how many hours of teasing I endured in my junior high gym classes about my 'girl's legs' or after we started doing coed gym in tenth grade how many comments I got from my female classmates stating that I needed to trade my legs for theirs.

So I was comforted in the knowledge that HRT would already enhance what I had. Being 6'2" and mostly legs at that, it takes me hours just to shave them. It's an exercise testing my Taurean patience just to get it done, and I do it deliberately and carefully in order to avoid the tendency of rushing it and nicking myself in the process.

Personally I'd like to zap them with the laser and be done with it, but since I'm not rolling in that kind of dough yet, it's the razor, Nair, waxing, depilatories or whatever new product becomes available to get them looking their best.
Posted by Monica Roberts at 11:30 PM