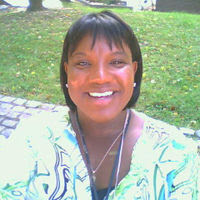 Cydne is one of of my transsistahs I'm getting to know, but who has been an activist fighting the good fight in Baltimore since 1999. She started her own transition at 16, and her name comes from one her mom was planning to christen her with at birth had she been born with a female body.

She has an ambitious goal. "I want to create a situation in Baltimore city that will reduce bias against transgender people and afford them a better quality of life."

I've admired Cydne and the wide spectrum of work she's done to achieve that goal and help improve the lives of her fellow transpeople in Baltimore. Whether it's HIV/AIDS prevention and harm reduction to getting the Baltimore Police department to be more respectful and cognizant of the fact that they have transgender citizens to protect and serve as well, she's done it.

Oh yeah, did I forget to mention she's working on her degree as well from Coppin State University?

This is just the short list of some of the things she's done for the community: 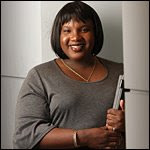 She serves on various boards in the area and has done a lot of work getting the transgender community in Baltimore to stand up and be proud of who they are. She was recently named an OSI Fellow and I won't be surprised if one day I see her at an IFGE conference becoming the next African-American transwoman to win the IFGE Trinity Award.

The pride in herself is a mantra that she lives by and constantly role models, and she has called on her deep faith in God to carry her through the rough times as well.

God has blessed Cydne, and she has blessed us by being a tireless advocate, eloquent spokesperson and concerned citizen just trying to do what she can to make like better for transpeople in her hometown and beyond.
Posted by Monica Roberts at 11:00 PM