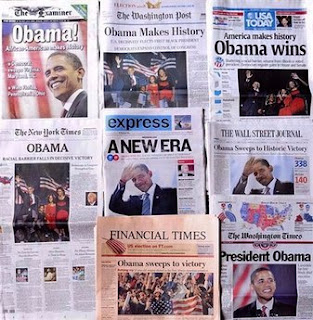 What's up with the sniping and whining coming from some quarters of the white gay community concerning our president elect?

I suspect some of their dislike for Obama comes from the fact that he came from nowhere to beat Hillary, their (and HRC's) preferred candidate, then ended up in the White House thanks to the votes, money and elbow grease of the rest of us despite their lukewarm, tepid support for him.

But the man hasn't even taken office yet and some white gays are already complaining in some quarters that 'we're being forgotten', 'we're being dissed' and whatever cheese they snack on with the whine du jour. 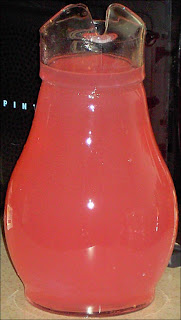 Hello people, Inauguration Day is January 20. It is way too early to discern what type of president he's going to be for the GLBT community because he's NOT in a position until that date to start creating or implementing policy.

It is way too early to engage in conclusion jumps based on incorrect assumptions you have about Obama based on what happened to the GLBT community during the Clinton administration.

That's two different men, two different historical situations and the only thing they have in common is their party affiliation and some Clinton peeps taking on different roles in this administration.

Now that Obama has invited Rick Warren to give the invocation at his inauguration, you've taken even more swigs of the pink flavor Hateraid and let the hatred flow.

Didn't y'all get enough of that after the Democratic primary ended in June and the Prop 8 loss?

I'm warning you now that many African-Americans (gay and non-gay) are still majorly pissed about the anti-Black hate that flowed from some quarters in the white gay community after the Cali Prop 8 loss. You still have major fence mending to do with the Black GLBT community, and it would be wise for you to chill with the attacks on the president elect since it's only pouring gasoline on the still smoldering anger of Black peeps.

I'd also put H. Alexander Robinson's number on speed dial and start chatting with the National Black Justice Coalition. They need to be included forthwith as a facilitator and EQUAL partner to those much needed conversations and whatever future strategizing happens from this point forward. 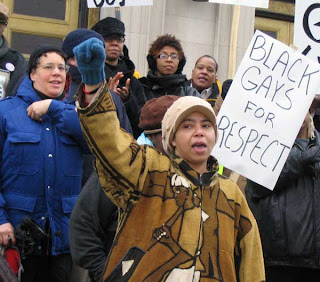 Many of us are millimeters close to saying to hell with y'all and doing what we should have done eons ago-say goodbye and good luck to you, formulate and push our own inclusive GLBT civil rights agenda to our peeps and others that factors our needs into the mix while you continue jousting at same gender marriage windmills for a small sector of the community.

Don't get me wrong, I'm for same gender marriage, just not at the expense of more higher priority legislation that benefits the entire GLBT community such as hate crimes and ENDA. You can't get married if you're dead or don't have or can't get and keep a job to support a partner.

You can also stop pushing the specious argument that granting marriage rights to same sex couples is going to grease the skids for other civil rights to flow from it. 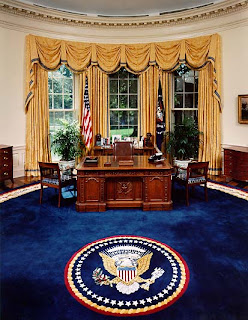 The bottom line is that marriage is not a high priority right now for me and many GLBT people of color. Getting and keeping a job and keeping people from thinking they have carte blanche to kill us is. Those basic civil rights aren't going to flow from the right to marry, it's the other way around as history books and the Civil Rights movement forcefully demonstrate.

But whatever your deep seated problem with President elect Obama is, it's time to work through getting over it as soon as possible. Just because I supported him for the presidency doesn't mean, nor should you assume that I don't think he shouldn't be criticized. If President Obama does something wrong during the next four to eight years of his administration, I'll be the first one chewing on his behind.

But give the man a chance to at least warm up the damn chair in the Oval Office and implement policy before you start criticizing him.
Posted by Monica Roberts at 1:03 AM

It's just a prayer. Warren's not going to be setting policy for the Obama Administration. He's just saying a prayer.

Been thinking about you these days. The Greek blogosphere is full of posts under the #Griot tag.

I was wondering if you noticed a change in the Force and checked around my blog to find out about it... :)

Well, not to worry. #Griot is the tag for news about "Greek Riots". The pigs murdered a kid in Athens and all hell broke lose. Greece is burning.

Oh, and as about Warren and the HRC's hurt feelings, whatever makes that prick Solomonese feel betrayed, gets my applause :)

I've posted in a few places that I really don't care that Rick Warren will be giving the invocation. I think it's a non-issue, and those getting all streamed about it are wasting energy that will be needed for important things.

It's not a race thing though. If a white liberal president-elect had invited Warren to the inauguration, they'd be pissed off too. They're feeling stung about the Proposition 8 mess (I think it was shameful that it was ever put to a vote), so they're reacting too strongly now.

As Mayor Gavin Newsom of San Francisco said in an interview with Rachel Maddow, "Give him the benefit of the doubt." I'm there.

"As much as I dislike the man giving the invocation and his views, I’m actually encouraged that Obama might get some stuff done. By, y’know co-operating with people. Of all the things I’ve heard the right say about Obama, I’ve not heard them call him stupid or politically inept.

The republican echo chamber is already gearing itself up for a fight at the start of the next session, hoping to stall him and make him appear powerless. These types of moves are designed to earn him the fractions of support he needs to move critical legislation. It’s the same reasons he’s not staffed his cabinet with only left leaning advisers, he needs someone to help him design the message so it’ll pass.

I’ll take a prayer from someone who hates me in return for repealing DOMA. Sounds like a fair trade to me. GLBT rights issues are going to need to go to the Supreme Court anyway, the dems are really far too frighted of the boogyman to actually push any meaningful stuff through on this front, and Obama never promised anything other."

Yeah I'm not happy about Warren, but damn, some people are going bonkers about it. Obama cannot rescind the offer without causing a major stink right now.

i hear you loud and clear - and there are too many jumping to fast , too soon, on this pick - no i am not happy with it at all - is it deju vu all over again ? well we just don't know - i am cautiously optimistic - and to see people who are far more reactive , than i am - withdrawing support over this - i suggest they get a tougher skin - Biden said on Sunday - warren will not make policy - we know how they operate -

I for one do not want to undermine the positive change that can and will come , - i am keeping my powder dry for legislative battles.

i am all for writing , letting the committe know we are not happy with the choice, but to withdrawn support from Obama, over this ? and bash is not the answer AT ALL !