You Can Call Phillipe Councilmember-Elect Cunningham!

It took us another day to have it confirmed, but the Minneapolis City Council will have TWO Black trans people sitting on it in a few weeks!

Phillipe Cunningham quit his policy job with Minneapolis Mayor Betsy Hodges to focus on the Herculean task of taking on 20 year incumbent and Minneapolis City Council Board President Barb Johnson.    She had served on the council since 1997, held the presidency for 8 years and was a second generation holder of this Ward 4 seat her mother had previously held.

Johnson was considered unbeatable, but as anyone who watches politics can tell you, no one is unbeatable.  You stay in office long enough and sooner or later you are going to lose an election. 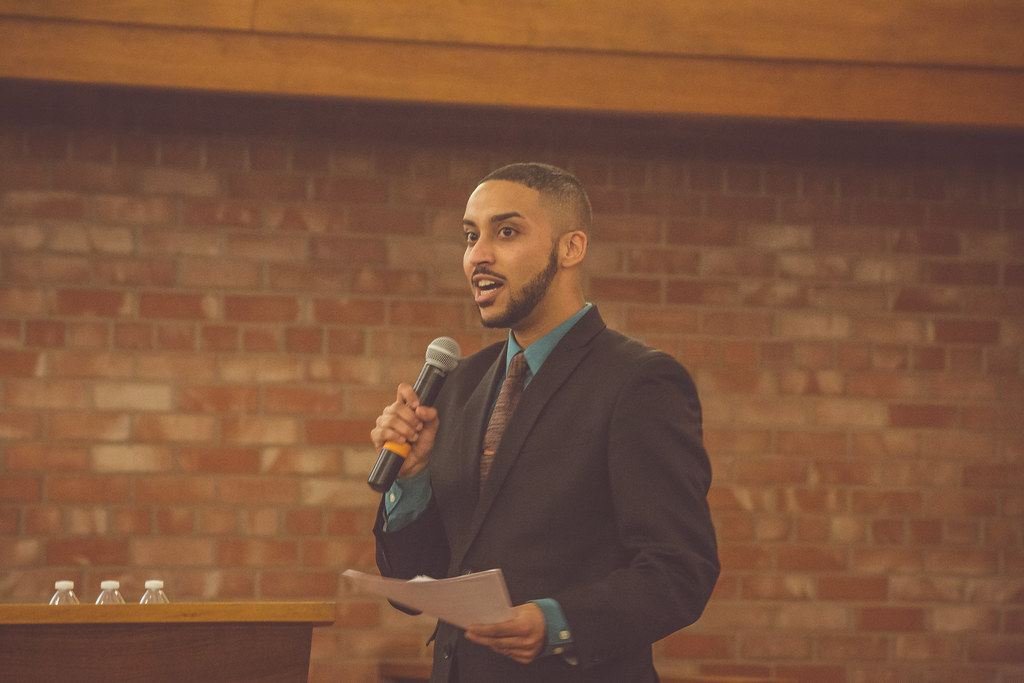 Cunningham was all over Ward 4 introducing himself to voters who liked his message, and combined with help from Trans United Fund and Outfront MN built a campaign team that increased turnout in Ward 4 to the point it helped him grab the historic win.

Minneapolis has an interesting ranked choice voting system that eliminates runoff elections.  Johnson led him by a mere 125 votes that night, but didn't break 50%, which meant that they would have to go through the second and third choice counts until either he or Johnson were declared the winner.

Cunningham made up the early deficit and beat Johnson by 175 votes.

And it couldn't have happened to a nicer person.

Congratulations Phillipe for your historic win!

So proud of you, and know that you and Andrea will do some amazing work in conjunction with your fellow councilmembers making your wards and the City of Minneapolis better.
Posted by Monica Roberts at 7:00 PM