I Told Y'all Ferengi = Republican 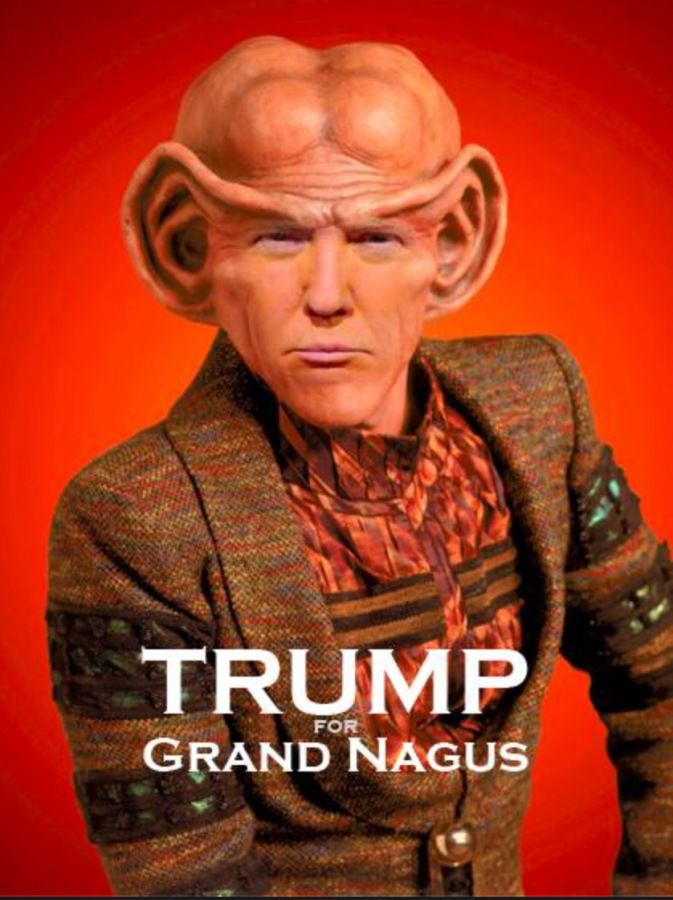 If you are so desperate to claim a Star Trek character,  if anything, the Ferengi are the peeps you Republicans are most like in the Star Trek universe.
-TransGriot  March 1, 2015

Back in 2015 I wrote a post shredding an Oregon Republican who dared to try to make the laughable claim on my watch that the late Leonard Nimoy was a Republican and so was Spock.

That claim didn't take me long to eviscerate.

There is however at least one group in the Star Trek universe who perfectly mirrors the Republican Party and the conservative movement:  The Ferengi.   That's even more pronounced since 45 occupied the White House became Grand Nagus.

Think I'm kidding or off base with the comparison?   Let me count the ways and the multiple examples in the Ferengi Rules of Acquisition in which the Ferengi are just like the Republican Party.

Like the Ferengi, the GOP wants their women barefoot, naked, birthing babies and having no rights .
The both love 'greed is good capitalism with no rules and will do anything in the pursuit of profit  including screw their own family members.

Rule 34: War is good for business.
Rule 35: Peace is good for business
Rule 63:  Power without profit is like a ship without an engine.
Rule 106:  There is no honor in poverty
Rule 125:  A lie isn't a lie until; someone knows the truth
Rule 126:  A lie isn't a lie, it's the truth seen from a different perspective
Rule 128:  Ferengi are not responsible for the stupidity of other races
Rule 188:  Never bet on a race you haven't fixed

So yeah, when it comes to the Star Trek universe, the Ferengi are the GOP's doppelgangers.