I'm having a great sports week so far.  My hometown baseballers finally won their first title.   The Coogs handed South Florida their first loss of the season, the Dynamo in their MLS playoff game with Portland finished in a 1-1 draw and the Rockets are off to a decent start. 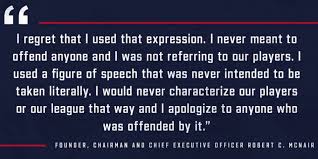 Now the Texans need to handle their NFL business, but that might be tough after the  Bob McNair 'inmates running the prison' comment uttered during the recent NFL owners meeting went viral and thoroughly pissed off the Texans players before their epic game with Seattle.

That was followed by Duane Brown, fresh off his holdout, ripping McNair in the local press and subsequently being traded to the Seahawks.

Y'all have an AFC South division game coming up, so handle your NFL business.

As for me and Mr. Watts season long NFL prognostication business, I had an excellent Week 8, going 11-2.   My only problem was Mr Watts was better.  He went 12-1 and missed achieving our contest's first ever perfect week because of the Dolphins-Ravens game

So yep, gots to handle my NFL prognostication business this week since Mr.Watts cut into my lead again and I now only have a one game edge going into the second half of the season.

Enough jibber jabber.   Six teams, the Bears, Browns, Chargers, Vikings, Patriots and Steelers are watching the rest of the NFL play.  That means only 13 games to pick.   Mike's Week 9 picks are here, with the team I'm selecting to win in bold print.   Home team is in CAPS