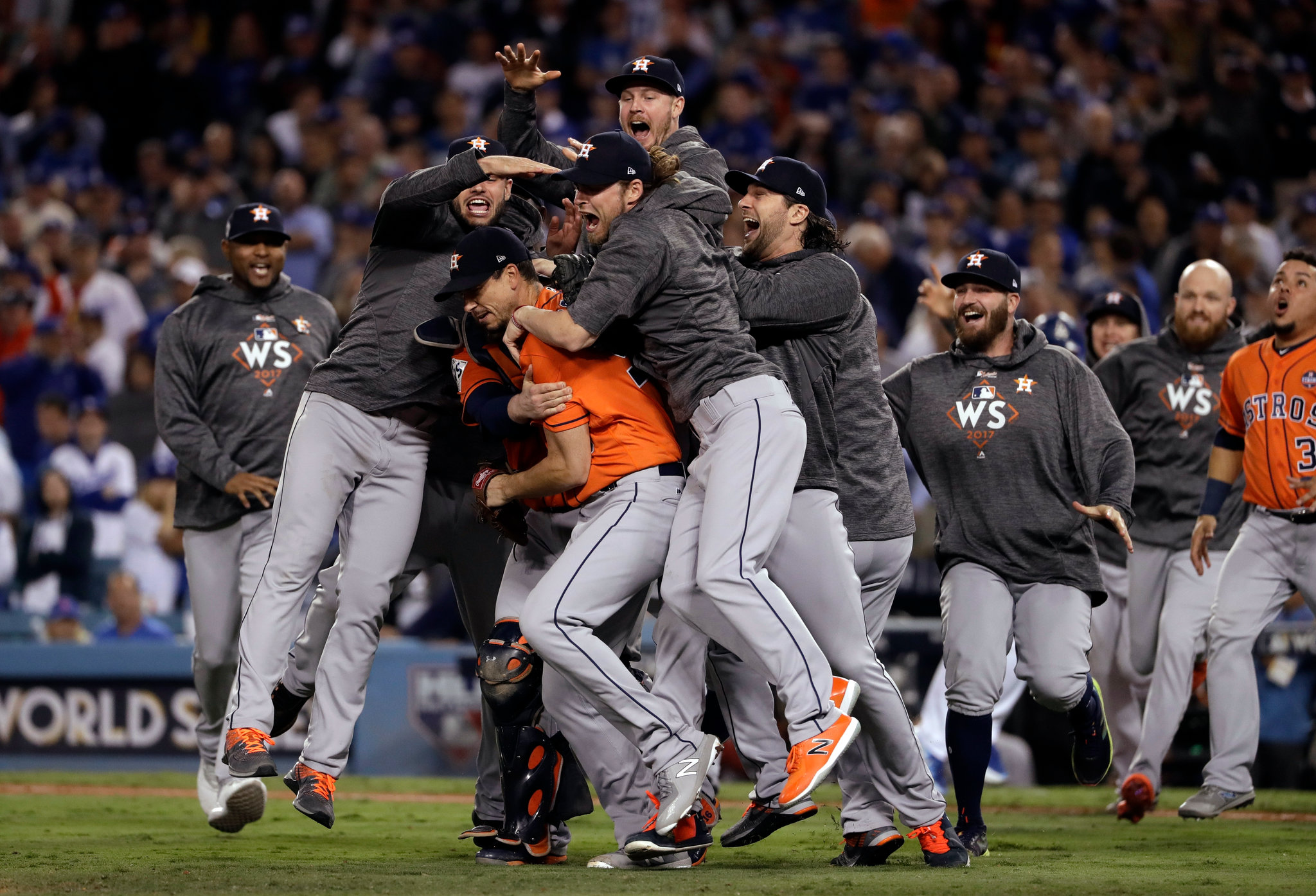 I was 24 days from arriving on Planet Earth when the Astros, then known as the Houston Colt .45's, played their first game at their temporary Colt Stadium home as the Astrodome was being built.
On that April 10 day they beat down the Chicago Cubs 11-2 and swept that series

So when the Astros won 101 games in capturing their first AL West title I was hopeful that this would finally be the year.   Then it was on to the ALDS where they dispatched the Boston Red Sox in 4 games to face the Evil Baseball Empire.

Home field advantage was crucial in that ALCS with the Yankees, with the Astros taking the first two games at Minute Maid to grab a 2-0 lead.  But once the scene shifted to New York the Astros bats went quiet and the Yankees won all three games in the Big Apple to head back to Texas with a 3-2 lead.

They also became not only the first team in the modern era to win titles in the National and American League, they became the first AL team ever to beat the Red Sox and Yankees in the same postseason.

They would then face the National League champion Dodgers, who won a major league best 104 games to get home field advantage.
The Astros got the split in LA, and took two out of three at Minute Maid to finish with a 8-1) to got back to LA with a 3-2 lead.

After getting beat in Game 6, they jumped on Yu Darvish again to build a 5-0 lead they never relinquished for their first World Series title in franchise history. Wipes away a lot of frustration as an Astros fan. They also #EarnedHistory by beating baseball royalty on the way to their first title.    The Red Sox, Yankees and Dodgers have a combined 41 titles to our now one.

But it's a so sweet one to cap an epic World Series for H-town.   And even better, we beat the Rangers to the accomplishment of bringing a World Series title to the Lone Star State.

And I couldn't be happier.   See y'all at the parade on Friday!
Posted by Monica Roberts at 12:00 AM