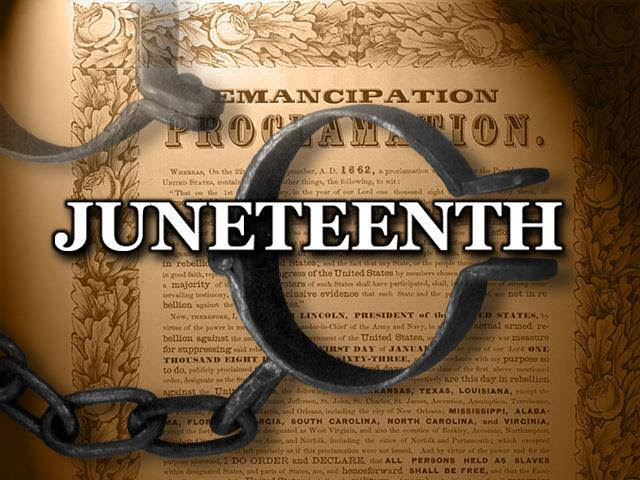 While we fought off anti-trans legislation in our state this time, the transphobes will try it again in 2017, and we need to start preparing now to deal with that.   --TransGriot  June 19, 2015

Today is Juneteenth, the day that Union Major General Gordon Granger read General Order Number 3 that freed all Texas slaves.   For the last several years I have been writing a post aimed at Texas Black transpeople on this emancipation day with undeniable Texas roots.

Don't know why I didn't write my traditional Juneteenth post last year, but I did write 76 posts that month, and it was a presidential election year, so it probably got put on the back burner with all the breaking news that was happening at that time and i never got around to writing it.

But it's a year later, and I made sure this Juneteenth post would happen this year,

We Texas Black transpeople find ourselves on this date having to prep to fight for our humanity and human rights in a Texas Special Oppression Session that starts in four weeks. 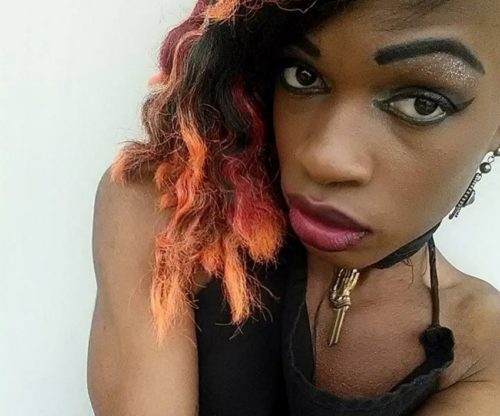 We also are in Black Trans Texas on this Juneteenth mourning the loss of one of San Antonio transsisters in Kenne McFadden, who unfortunately became the 12th transperson we've lost in 2017 to anti-trans violence back in April just before we held the Black Trans Advocacy Conference later that month.

Due to Kenne being misgendered, we only found out about her death two weeks ago.

But there are positive things I can talk about in terms of another successful BTAC conference in Dallas in which we broke another attendance record and had people from Brazil and Jamaica in attendance in addition to people from Alabama, California, DC, Georgia, Kansas, Louisiana, Maryland, Massachusetts, Missouri, Tennessee, New York, Washington state, and Wisconsin joining their trans Texas cousins from Dallas, Houston and Austin for our weeklong event

I'd like to see more trans masculine representation from Houston in addition to more of my trans sisters from H-town come to BTAC next year.   We also would like to see more diversity at our Afrocentric event.  The dates for next year's conference are April 23-29, so start saving your money now to be there.

Because Mama Moni will be ready to defend her domino championship

But beyond BTAC, we need and must continue the work we started in Dallas of continuing to build those connections with each other inside the Lone Star State.  In light of the politically motivated TX GOP attacks on us via SB 6 and HB 2899, that Lone Star Black trans community bonding is needed and necessary

Something else that is necessary and needs to happen is for our Texas lawmakers, and especially those Black Texas lawmakers to see us walking the PInk Dome, in their Austin and district offices on a regular basis to let them know #TexasBlackTranspeopleExist and care about this state. .

While I know I'm good at it.  I don't want to continue to be one of the few Black trans faces walking the Capitol repping Black trans Texans.  Need some of y'all to step up now or in the next few years to be the leaders you are and I know with every fiber of my being you can and will be.

We can multitask my Texas Black Trans family.  As we get through this Special Oppression Session and plan for the 2018 BTAC conference, we must be looking toward the future.

We must continue developing our leaders and continue the ongoing process of building working relationships with other trans and SGL groups.

We must continue working in an intersectional manner with other groups across the Lone Star State and the country on their issue concerns.

We must strive to create a Texas in which our humanity and human rights are respected and protected because our Black trans kids are counting on us as their elders to do so.

We also need the parents of Texas Black trans folks to support their kids, and on our end do what we can to support the Texas Black Mama and Papa Bears when they do step up and out there to tell their stories.

Creating that type of Lone Star State for us may call for Black trans Texans, like our white trans counterparts here and across the country, contemplate running for public office like Althea Garrison did back in 1990.

I said this in the 2015 Juneteenth post, and it bears repeating two years later.

We also need to be as Black trans Texans involved in the life of straight and SGL Black America as well.  We need to show up and handle the community's business on issues of importance to ALL of us as Black Texans and Black Americans.So up, up you mighty Black trans Texans!  Your community, your state, and your country need you to stand tall and represent.

And that goes for me as well.
Posted by Monica Roberts at 12:00 AM