A few hours ago I received another reminder of just how many amazing people I have in my life and who call me their friend.

I've known Omar Narvaez for several years now thanks to his work with Lambda Legal in their Dallas regional office, as a past three time president of the Stonewall Democrats of Dallas and his service on the Dallas County School Board.   He was elected in 2015 to his first full six year term on the Dallas County School Board after being appointed in May 2014 to fill a vacancy on that board.

Narvaez during the May 6 city election made it to the runoff with Alonzo, and armed with endorsements from the AFL-CIO and former Dallas city councilmember Angela Hunt, beat her in the runoff.  All the District 6 precincts reported in a few hours ago and have been counted, so that means Omar is the councilmember-elect for District 6. 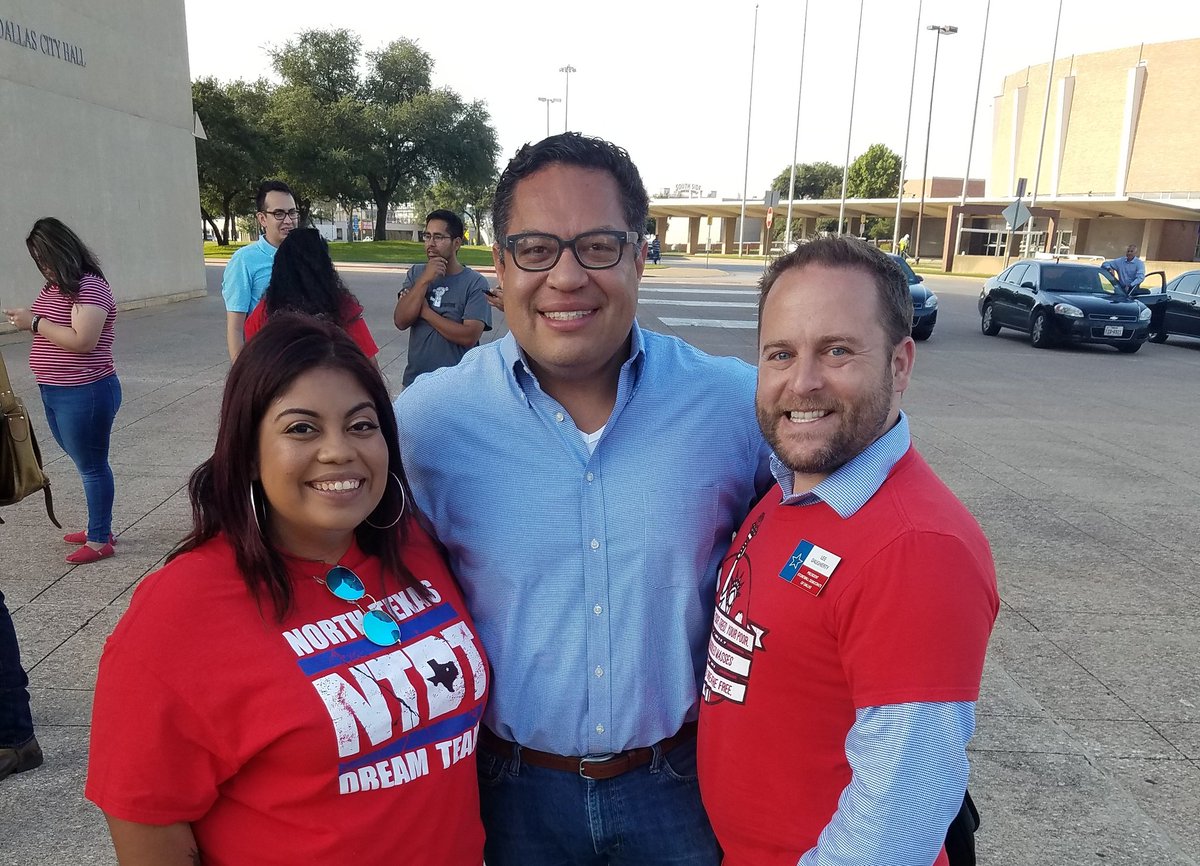 Alonzo was one of three incumbent Dallas council members and allies of current Dallas Mayor Mike Rawlings to lose their council seats yesterday.  Alonzo was joined by her council colleagues Tiffinni Young in District 7, the southeast Dallas district that includes Fair Park where the Texas State Fair happens, and Erik Wilson in the south Dallas centered District 8.

Mayor Rawlings had endorsed Alonzo and Young, and stayed neutral in the District 8 race.

"I'm ready to fight the corruption and get it stopped at City Hall and to stop the wasteful use of our tax dollars on boondoggle projects,"Narvaez said in a Dallas Observer story.  "For far too long, District 6 has been underrepresented;  It's time for thoughtful and intelligent leadership at City Hall.

And it looks like on runoff election night, District 6 agrees with you.

Congratulations Councilmember-elect Narvaez!   Amazing accomplishment, and know you are looking forward to this exciting new challenge of representing your District 6 constituents at Dallas City Hall.
Posted by Monica Roberts at 12:00 AM