As I keep pointing out, Wendy Davis isn't the only woman running at the top of the Texas Democratic party ticket this fall.   Longtime state senator Leticia San Miguel Van De Putte from the San Antonio area is running for lieutenant governor.

And yeah, she can also use some fundraising love, too

In Texas, the lieutenant governor's chair is a far more powerful one that controls the Senate's agenda, its committee structure, its rules, as well as playing a major role in crafting the state budget.

The Texas senate has historically been an institution where compromise and consensus are the norm and legislation is often passed by a center-right Democratic-Republican alliance. 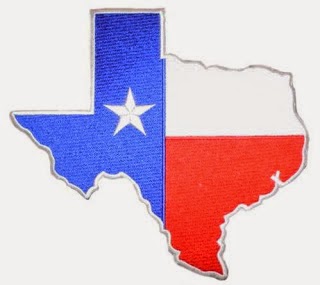 That governing consensus is in danger if the hyperpartisan teabagger Dan Patrick gets the lieutenant governor's chair.   You know the Texas Repugs as exhibited by the junior senator from Alberta and their jacked up party platforms need to have a Jerrydome level of seats, and that off the charts Texas right wing lunacy is starting to go national.

Senator Van de Putte has not only outraised Teapublican nominee Dan Patrick, she has the quiet support of many moderate Republicans (yeah, they still exist) who can't stand Patrick.

Here's a double dip of LVP video.   First one is the humorous one of her intro to the recent Texas Democratic party convention in Dallas, and the next one is the speech she gave to the TDP convention.