You and your misguided friends are hypocritically siding with the same conservative oppressors that oppose the African-American community on human rights issues of importance to us such as voting rights and workplace fairness, and it's a disgusting spectacle to witness.
--TransGriot, May 18, 2014, Houston Black Pastors, Sick Of You Denying Our Humanity

As my readers already know, I have no problem telling it like it T-I-S is and calling out friend, foe or frenemy when it's warranted.

Since I unleashed a  post taking the Houston LGBT community to task for its failure to work intersectionally, it's time to also call out the ways in which the Houston African-American community has also failed to do the same with the local LGBT community instead of pointing fingers and smugly thinking their feces is malodorous.

There is a perception in elements of the white LGBT community that Black people are 'uniquely homophobic'.  Yeah, I know it's bull feces and we in Black LGBT world are constantly doing battle with that meme when it comes up in conversation with our white GLBT brothers and sisters.

But that perception is cosigned when you have loud and wrong ministers like Max Miller and company and others nationally in the community like Bishop Eddie Long twisting Scriptures trying to mask their homophobia and participating in anti-gay rallies.

It's also an infuriating head scratcher to us in LGBT World that elements of the African-American community would partner with the same white Texas GOP conservatives like Jared Woodfill who have oppressed and hated on our community for decades in order to scuttle a mutually beneficial Houston Equal Rights Ordinance..

Dave Welch, another one of those white conservative haters, is the executive director of the far-right Houston Area Pastors Council and one of our community's long time enemies.  He was the founding Executive Director of the Christian Coalition of Washington, the National Field Director of Christian Coalition, the Executive Director of Vision America and chickened out of a debate with Cristan Williams, after she handed him his bigoted behind on FOX 26 back in 2010.

He's also the local affiliate for NOM, who has been since 2009 engaged in a cynical campaign to drive a wedge between the African-American and BTLG communities.

“The strategic goal of this project is to drive a wedge between gays and blacks—two key Democratic constituencies. Find, equip, energize and connect African American spokespeople for marriage, develop a media campaign around their objections to gay marriage as a civil right; provoke the gay marriage base into responding by denouncing these spokesmen and women as bigots…”


“These documents expose NOM for what it really is—a hate group determined to use African American faith leaders as pawns to push their damaging agenda and as mouthpieces to amplify that hatred,” said  Sharon Lettman-Hicks, National Black Justice Coalition Executive Director and Chief Executive Officer at the time.

Max Miller and the Baptist Ministers Association of Houston and Vicinity are making King Hater Dave Welch smile.   He gets to sit back, plug y'all into that NOM game plan and let Max Miller and the rest of you be the useful spokesfools in the divide and conquer game they're running as he and his white conservatives laugh and use y'all as human shields to hide behind and claim they have a 'diverse coalition' to oppose the HERO.

Meanwhile you're pissing us SGL peeps off by being in bed with one of our major longtime enemies, and you wonder why the Houston LGBT community coolly sits on the sidelines and their wallets for issues you deem important.

Speaking of crap, me and my fellow Houston trans people are more than upset about being demonized in this anti-HERO campaign and y'all falling for the bathroom predator okey-doke.

We are facing 26% unemployment, have transpeople openly being denied jobs or having them rescinded when their trans status is revealed, fired for BS reasons, have recently had five transwomen across the nation killed in a six week period, and you wanna trip about where we poop and piss?

The Izza Lopez case and what happened to Tyjanae Moore and other Black trans and SGL women is why gender identity was added to the 15 protected classes of the HERO.

And FYI, HISD has has a non-discrimination policy that includes gender identity since 2011 with none of the parade of horribles Max and Dave have been peddling.    As a matter of fact, there have been no cases of trans predators attacking cis women in bathrooms, but we sure do have examples, including here in Houston on the University of Houston-Downtown campus, of trans women being attacked and harassed by cis women  in the bathroom.   The UHD attack led to the passage of a policy that created designated gender neutral bathrooms in UHD buildings.

FYI, contrary to the 'gay affluence' fiction, while some peeps in the community are doing well, there are others who have been priced out of Montrose.   There are others for who living in the gayborhood will be a never fulfilled pipe dream because they are trying to get by on below poverty level wages of $10,000 a year.   Many of the folks who are trying to live on that $10K  a year share your ethnic heritage.

As I've pointed out more than a few times on this blog, Black LGBT issues are also Black community issues.  None of us gave up our Black cards because we began to live our SGL truth or transitioned.   Like myself, many of us also have deep roots in the Houston African-American community and are just as proud of our Black heritage as we are of being unapologetically LGBT people.

So stop trying to pretend like we aren't Black because we are also part of the TBLG community, because our haters, elements of our white LGBT counterparts and the world sure don't let us forget we're Black.

Some of us are dues paying members of the NAACP, the Divine Nine  frats and sororities, faithful tithing members of various churches, and support other organizations in this community.  It is disingenuous and angering to us when you try to play that game of SGL, bi and trans peeps not being "Black enough' for this community when what ails the Black community also ails us, and we have an extra layer of oppression heaped upon our Black bodies because of our BTLG status. 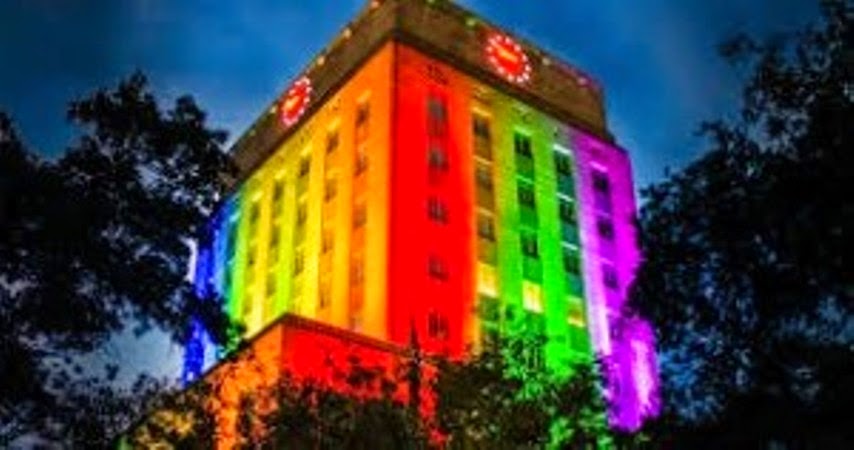 And we in LGBT world are not liking the cricket chirping silence or flip-flopping of legislators our endorsements, votes and dollars support.

Neither do we appreciate Black community orgs when we need you to come out of the closet and be fierce advocates for our policy concerns being silent or being consistently inconsistent about your LGBT community support.  .

So yes, it's past time for the Houston Black community to be BETTER allies to the LGBT community