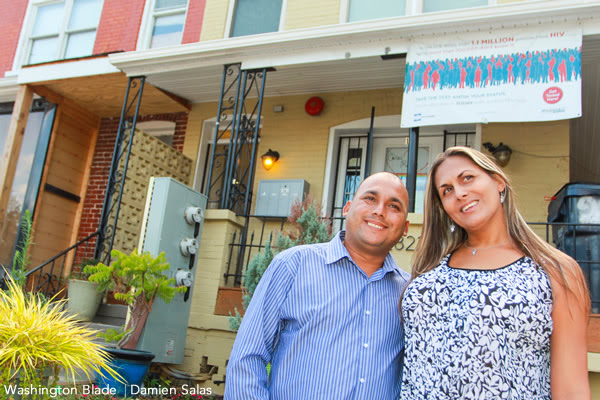 The Cuban dissidents arrived here in the States back on June 26 and are spending three months visiting our country before heading back to Cuba in the fall.

They also have some very interesting things to say about what life is really like for our TBLG brothers and sisters on the island.

Mariela Castro was given an award by Equality Forum in May for being a trans rights and gay rights advocate, but Iriepa has a different opinion of the woman she once worked for at CENESEX, the Cuban gender clinic that Castro runs. 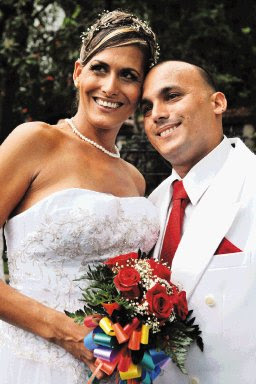 “Everything is fake, it’s false,” Iriepa said of Castro’s portrayal of the current status of the Cuban LGBT community.  “The gays still feel repression. When the police come, they say you have to leave here. Mariela sells to the world the same image the Cuban government does. Everything from the outside looks beautiful, but when you go inside, everything is not.”

Iriepa said that for years she sought sex reassignment surgery, but didn’t get it until she pledged loyalty to the Castro regime.   In 2007 she became the first person on the island to have the surgery as part of the government-run CENESEX program.and was its public face until she and Castro came into conflict in 2011 over her blossoming relationship with Ignacio and his self described status as an 'opponent of the Castro government'.

until she and Castro came into conflict over her blossoming relationship with ignaio Read more here: http://miamiherald.typepad.com/gaysouthflorida/2013/07/cuban-lgbt-dissidents-visiting-miami-dont-believe-mariela-castro-about-gay-rights-on-the-island.html#storylink=cpy


After participating in a Spanish language panel discussion at Miami-Dade College's Wolfson Campus and having events at other venues in the area, they have arrived in Washington DC.

The couple toured Casa Ruby and the Us Helping Us HIV/AIDS service agency and are scheduled to visit with Congressmember Ileana Ros-Lehtinen (R-FL) today before heading back to Miami and eventually departing back to Cuba.
Posted by Monica Roberts at 1:00 AM