Sieg Heil Y'all-GOP Texas Is NOT A Democracy 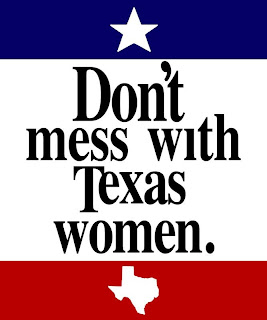 Gov. Ann Richards and Rep Barbara Jordan must be looking down upon us from their heavenly perch, shaking their heads and wondering what the hell is going on in our beloved Lone Star State?

And if you thought I was being over the top partisan when I called the Republican controlled Texas government 'neo-fascist GOP oppressors' and I referred to Gov. Rick Perry and Lt. Gov. David Dewhurst as Tex Fuhrer and Deputy Tex Fuhrer, peep this hearing on SB 2 in which Sarah Slamen is dragged from the mike by jack booted stormtroopers  DPS troopers