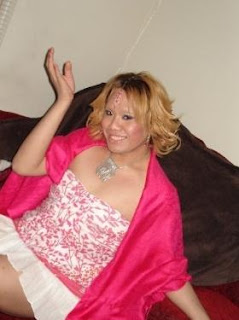 The alleged killer of Vancouver area trans woman January Marie Lapuz will be going on trial next year.

Twenty year old Charles Jameson 'Jamie' Mungo Neel is facing second degree murder charges in the death of the 26 year old Lapuz, who was stabbed in her New Westminster, BC home last September and subsequently died in a hospital a few hours later.

Neel was arrested on December 5 by New Westminster, BC police and faced a preliminary hearing in the court of Judge Therese Alexander back in June.

After hearing witnesses and viewing presented evidence, Judge Alexander ruled this case should go to trial and a date was set for June 9-16, 2014 for the trial to take place.

Will continue to monitor this north of the border case and see in the Canadian justice system is better than the one in my own nation when it concerns dispensing justice in the murder of trans individuals.
Posted by Monica Roberts at 12:00 AM