ENDA Passes Out Of Senate Committee 15-7 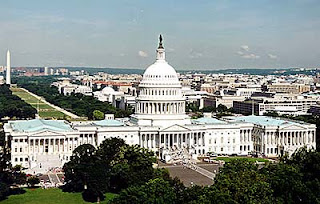 The Employment and non Discrimination Act navigated a major hurdle yesterday by being successfully passed out of the Senate Committee on Health, Education, Labor and Pensions on a 15-7 vote.

In case you're keeping score for the 2014, 2016 and 2018 election cycles, all of the Democratic senators on the committee and three Republicans, Sens. Lisa Murkowski (AK) , Mark Kirk (IL) and Orrin Hatch (UT) voted YEA.

The ENDA bill moves now to the Senate floor, where Senate Majority Leader Harry Reid (D-NV) is expected to push for its passage in the fall.
Posted by Monica Roberts at 2:00 AM