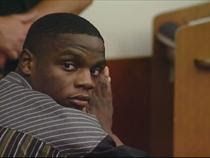 Dwight DeLee, who was found guilty of a hate crime in the November 14, 2008 killing of Syracuse, NY trans woman Lateisha Green and sentenced to 25 years in prison, had his conviction set aside by the 4th Appellate Division of New York's Supreme Court based in Rochester.


The issue was raised by DeLee's defense counsel after the jury returned the July 2009 guilty verdict, but the lower court judge dismissed the jury instead of returning them to the jury room to resolve the discrepancy.

The appellate court did allow a weapons conviction to stand which means DeLee will remain in prison while the issues surrounding the manslaughter charge are resolved.

Onondaga County DA Bill Fitzpatrick indicated in a prepared statement they would appeal the ruling in the New York State Court Of Appeals.

"We are obviously extremely disappointed in the Fourth Department's decision and we plan to seek permission to appeal as soon as possible. There was nothing in the proof at trial, nor the conduct of the police or attorneys that was at issue. The Appellate Division ruled that, unfortunately, the problem in this case was a judicial error involving the trial judge's instructions to the jury and the jury's verdict based upon those instructions. We intend to ask the Court of Appeals to review this case and follow the well-written and well-reasoned dissent of Justice Erin M. Peradotto."

So stay tuned, will be keeping you TransGriot readers updated as to the latest happenings in the Green case that we thought was handled four years ago.

And it's also a major reason why GENDA needs to be passed as soon as possible so that trans people are covered under New York hate crimes statutes on gender identity grounds.
Posted by Monica Roberts at 2:00 PM