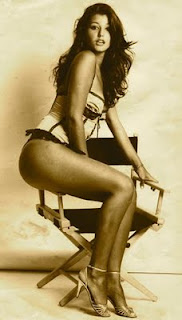 But Brazil is also a Roman Catholic nation, and it appears the anti-trans hate speech and preaching from the Vatican and evangelicals has filtered down to the flock and fueled anti-trans prejudice that has deadly consequences for the Brazilian trans community.

Those of us in the trans community who attend TDOR ceremonies have painfully noted the spike in gruesome anti-trans murders happening in Brazil over the last few years.

When we start gathering around the world for the 2013 edition of our TDOR memorial ceremonies in November, many of the names we will be reading and lighting candles for will once again predominately be those of our Brazilian trans sisters.

Portuguese based blogger Eduarda Santos of Transfofa em Blog has been keeping track of the sickening carnage happening to our sisters in Brazil and the rest of the world.

The graphic photos in the Brazilian media that accompany many of these murders of our trans sisters are mind boggling in terms of the level of viciousness that is visited upon our sisters unfortunate enough to be targeted in an anti-trans hate murder.

But it was one I saw on her Facebook page yesterday afternoon that made me cry and triggered this post.   It's past time that the international trans community and we transpeople who are children of the African Diaspora raise our voices in collective outrage at the murderous carnage being aimed at our trans sisters in that nation.

The photo that made me cry (TRIGGER WARNING) was one of a 13 year old trans kid who was murdered by hanging last month.

Thirteen.  It's ridiculous.  This trans feminine child hadn't even begun to live her life before it was cruelly snuffed out by someone who thought they had the right to end it because they didn't like the fact they were trans. 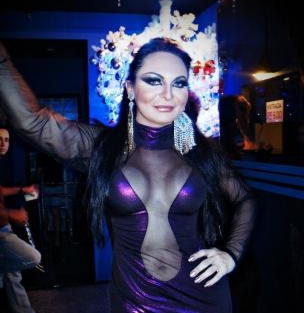 Here's hoping the waste (or wastes) of DNA who did it are brought to justice either by the Brazilian legal system or the karmic wheel, whichever comes first.

As to what we can do to help stem the bloody tide of these anti-trans murders in Brazil, we'll have to talk to our trans brothers and sisters and their allies doing the work in that nation and respectfully ask them what they want and need their trans cousins around the world to do.

But it's crystal clear doing nothing is not one of those options because our Brazilian trans sisters are catching hell, and it needs to stop.

TransGriot Note: last photo is of Cecilia Marahouse, who was fatally shot multiple times in Fortaleza, Brazil on January 11.