Dissension In The Trans Community Is Healthy, Even When It Gets Loud 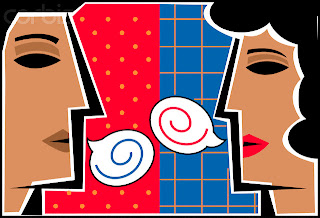 From time to time I hear concerns from various leaders in the trans community about the sometimes very loud way we can and do disagree with each other when it comes to talking about issues in this community.

There are white transpeople in this community for example, who bristle, curse and get their backs up when they hear my name and frankly I don't care what they think because I'm focused on the big trans picture.  I'm out and proud about being a Black trans woman, unapologetic about calling out the TS separatists for their loud and wrong bull feces, and have no problem calling out our trans oppressors inside and outside the community.

I also have no qualms about repeatedly calling out the racism in our trans and SGL ranks or tellin' it like it T-I-S is about issues like stealth and how they negatively affect us.

But back to the post.   My thoughts about this topic are more in line with a Jennifer Lawson comment that I've paraphrased for the purpose of this post.  We've had the same discussion in the African-American ranks about the contentious at times sniping we do at each other and her comment on it is,'Dissension is healthy, even if it gets loud.'

My TransGriot take on that comment is "Dissension in the trans community is healthy, even if it gets loud."

I look at dissension as passionate and reasoned argument about the issues of the day and a debate between reasonable, intelligent people into what is the best way to move forward to permanently solve the problem being discussed. 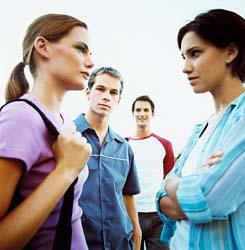 I see contentious, passionate debate as meaning we're not apathetic about the problems that ail us in the trans community and we wish to do whatever it takes to solve them. As long as we recognize that and swiftly close trans ranks to work on the big picture things that we have in common I'll take occasional sniping and dissension on low level insignificant stuff.

What are those big picture items?   ENDA passage, recognizing our trans human rights and our humanity, insisting on positive and diverse media portrayals, calling out anti-trans bigots and oppressors with a loud unified voice, getting respectful medical coverage, and eliminating anti-trans violence here and around the world.

There's more, but that's just the short list of some of the things we're fighting to achieve. Others will have more to add or want to take some off that list.  And note I said that is a short list.   It's not a comprehensive one of everything that negatively affects trans people.   That list can also vary based on race and class.

But the point I'm making is that we need to be in constant discussions about what ails our community, what we need to do to permanently eradicate the problem, and keep tabs on the progress we make in solving those problems.

What's more important than giving each other the evil eye after a passionate argument is having the ability to swiftly close ranks when we're being attacked by oppressors outside our community. and keeping our eye on the prize of trans human rights coverage here and elsewhere around the globe.