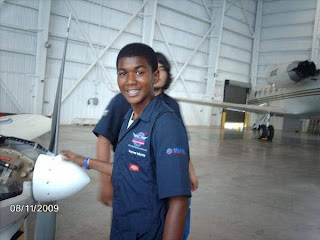 The responses to the Zimmerman verdict continue to roll in from various sectors of the African-American community from our celebrities, actors, bloggers and sports figures actors to political leaders.

This is a video of a statement from 100 Young Black Activists to the family of Trayvon martin responding to the unjust verdict.

To the Family of Brother Trayvon Martin and to the Black Community:

May this statement find us in the spirit of peace and solidarity.

Our hope and community was shaken through a system that is supposed to be built on freedom and justice for all. We are your sons and daughters. We are the marginalized and disenfranchised. We are one hundred next generation leaders. We are the Black Youth Project 100 (BYP100).


We see the hopelessness of a generation that has been broken trying to find its place in this world. We understand that we need to turn anger into action and pain into power.

As we waited to hear the verdict, in the spirit of unity, we formed a circle and locked hands. When we heard “not guilty,” our hearts broke collectively. In that moment, it was clear that Black life had no value. Emotions poured out -- emotions that are real, natural and normal, as we grieved for Trayvon and his stolen humanity. Black people, WE LOVE AND SEE YOU. We mourn, but there’s hope as long as love endures.

Trayvon was manifested from ancestral excellence. The salt water falling from our eyes now, is not different from the salt water we were trafficked on then. If the soil of the United States could speak, before saying a word it would cough up our blood. Choking frantically, crust-curdling with the gore of a oppressed peoples it has been force-fed. White supremacy has water-boarded it with the remnants of its genocide of us.

This moment reminds us that we can’t look to others to see our value but we have to recognize our own value. In spite of what was said in court, what verdict has been reached, or how hopeless we feel, Trayvon did NOT die in vain. A mother should never have to bury her son. However, his death will serve as the catalyst of a new movement where the struggle for justice will prevail.

Instead of a moment of silence, we raise our voices together. As Audre Lorde said, “our silence will NOT PROTECT US.” We are young leaders standing on the shoulders of our ancestors, carrying the historical trauma embedded in a legal system that will NOT PROTECT US. We are the legacy of Black resilience that compels us to fight for our lives.

We continue to call out Black Love, Black Power and Black is Beautiful in the face of continued devaluation of Black life. We affirm a love of ALL Black life, no matter if we are in hoodies or business suits, incarcerated or in boardrooms, on welfare or in the WNBA, on the corner or in the White House. We declare the fundamental value, beauty and power of ALL Black people. The poet Claude McKay once said, “Though far outnumbered, let us show us brave…we’ll face the murderous, cowardly pack. Pressed to the wall, dying, but fighting back!”