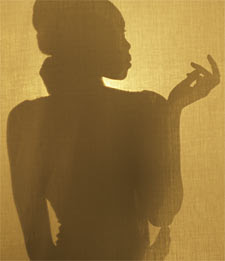 The topic of stealth vs. out blows up in our discussions in Trans World from time to time, and we're currently engaged in another round of debate about it across the Transosphere in the discussions surrounding the jacked up firing from OUTServe-SLDN of Allyson Robinson.

My attitude about stealth is well documented throughout the history of this blog.   Being stealth DOESN'T help the trans community. It only helps those who are stealth.  Stealth transpeople can tell themselves that to salve their egos all day long, but the reality is only being out and proud of being trans has led to the major gains we've made in the public policy realm the last few yearsStealth trans people like to claim they are helping the trans rights movement by hiding in plain sight and cite the 6 alleged stealth transgender employees at HRC and GLAAD as an example of that. (They claim there are 4 at HRC and 2 at GLAAD)

Unfortunately, we have no way of positively verifying that because of the stealth conundrum. For us to positively know, those people would have to declare their trans status.  Stealth means that they aren't revealing that trans status under any circumstances because their desire to maintain the pseudo cis privilege they currently have trumps being open and honest to the world about being trans.

How are they helping the trans community by NOT being out at these two large Gay, Inc orgs?  When push comes to shove, I submit they will be more concerned about hiding their trans status at all costs than being fierce advocates for our community inside those organizations.

If you're not out at your job, and you're not out to friends and others, how is the world going to associate the positive things you do with the trans community as well, who could use more goodwill ambassadors and positive role models?

Some stealth transpeople don't help give back to the community much less want to even associate with other trans people, so it's not a stereotype. Telling that inconvenient truth is not 'demonizing stealth transpeople' as I was accused of doing by one vanillacentric privileged stealth trans woman in a FB comment thread, it's stating a harsh truth she didn't want to deal with.

The trans narrative since Christine Jorgensen stepped off the plane 60 years ago has been overwhelmingly focused on white transwomen along with the media attention.  So it's no big deal for example, if a white transwoman chooses to go stealth.  Because as she disappears from Trans World you already have other white trans women who have been (and still are) role models, our trans stories are predominately told from your perspective all across the media spectrum and you are held up as the paragons of trans womanhood.

But that's not the case for trans women of color.   We are only beginning in this decade to get the recognition that we exist thanks to Laverne Cox, Isis King, Janet Mock, KOKUMO, Bamby Salcedo, Arianna Inurrtegui Lint being out and proud about who they are that built on my generation of trans women opening those doors in the 90's and us building on Marsha P. Johnson, Miss Major, Gloria Allen's and others work.

When I was growing up in the 70's I didn't realize until well into the early 2K's when she talked about it that the smiling sistah I saw in a Clairol ad campaign and on five ESSENCE magazine covers was girl like us Tracy Africa Norman.   JET Beauty of the Week from August 1981, actress Ajita Wilson was a girl like us.  I didn't know that the first person to go through the Johns Hopkins Gender Program was a Black trans woman named Avon Wilson.

If Janet Mock hadn't come out two years ago, we would have never known the former editor of People.com was a girl like us and our community wouldn't have the benefits of her story, her talents or her eloquent voice on our issues. You cannot fight for your human rights from a self imposed closet. It's why the call to come out as trans people has been ongoing since the 90's, and it's no accident that when we stopped hiding, started calling out the anti-trans bigotry and started agitating for our rights the legislative victories and greater understanding of our community followed. Stealth has been detrimental to our community in general because it has seriously inhibited building community amongst girls and guys like us. It plays into that 'deception' meme we constantly fight, and has robbed us of our history, potential role models and mentors.

Stealth has had a particularly negative effect on transpeople of color because we haven't had until recently positive trans role models who look like us.  African-American transwomen have also labored under the burden of being considered the trans 'unwoman' vis a vis our white counterparts due to the lack of positive out role models.Stealth unless it is done for security and safety reasons is an inherently selfish act.  It not only doesn't help the trans community, it doesn't help the stealth trans person either, especially when it is only done to hide from your trans history and chase pseudo cis privilege. It reinforces the messaging from our opponents there's something 'wrong' about being trans.And it's spitting on the blood of all those transpeople who have died to be themselves.  It's also disrespectful to the work of all the people like Christine Jorgensen, Sylvia Rivera, Phyllis Frye and countless others who took the early slings and arrows of publicity, hardship and discrimination to help advance the cause of trans human rights and knowledge of our community handicapped by the stealth issue.And who said being out and proud about being trans and being considered a man or woman in cis society are irreconcilable?  I hear that excuse far too often to justify being in stealth status and that's exactly what it is, an excuse.

We're not saying you have to be an activist, wear a t-shirt announcing your trans status or introduce yourself as such to every person you meet, but you have an obligation to help advance the human rights of the trans community you belong to.

And for those who try to bring up the 'gays and lesbians' don't out themselves excuse to justify their stealth status, Harvey Milk was advising gay and lesbian people to come out back in the 1970's

As Jessica Wicks said on my page, "My rationale is much simpler. I've nothing to hide. Why would I want to be keeping a secret a part of my life that was so important to me. Not only is being out helpful for the community, but it's more honest I think. It's all part of being true to self."

The history of my African-American people has proven that when you are out and proud about who you are, you openly fight for your humanity and self determination, and you eliminate the negative societal conditions that cause you to want to hide from your heritage, then the perceived need for stealth will wither away.

Stealth doesn't help the trans community, and we need all trans hands on deck so that we can do the societal work necessary to make it as obsolete as passing is in my African-American community.
Posted by Monica Roberts at 12:00 PM