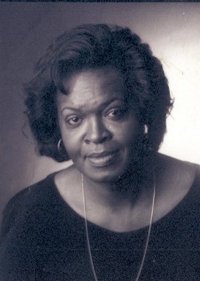 A nice way to kick off Black History Month is conducting another TransGriot Ten Questions interview to talk to one of our trans elders.

Sharyn Grayson was born in Dallas, transitioned during the 1960s and has been one of our hard working leaders on the West Coast.

Before embracing a public service career in 1985 she was a Business Education instructor at Valley Trade & Technical School in Fresno, CA and Greater Flint OIC and Charles Stewart Mott College in Flint, MI.

She has been a front line soldier leading the battle against HIV/AIDS in the Oakland-East Bay area    Sharyn is currently the Program Manager of the Volunteers of America Bay Area  Prevention & Health Services Division    Based in the East Oakland-Fruitvale area, it continues to address HIV prevention among all residents of the Alameda, Contra Costa, and Solano County areas.

It's time for Sharyn to answer the TransGriot's Ten Questions.


SG- Personally, I feel there are several reasons behind this.  However, most predominantly, I think a lot of it has to do with the global perception that San Francisco is the “Capital” (if you will) of all LGBT life in our State – and thereby sets the rules in terms of LGBT lifestyle on the West Coast.

This perception also includes the idea that the LGBT lifestyle was designed and guided by/for a middle- to upper-class Caucasian/White doctrine that only provides limited inclusion for other ethnicities – particularly, the African American/Black LGBT community.  And although this may be true to some degree, what this perception does is it creates a serious barrier for LGBT advocates who continue to try to dialog and express issues that are important to their constituents.  Add to this scenario, the fact that we have lost many of our (older) “true warriors”...and many of those whom we once held such great hope for, in taking the batons and continuing the momentum that was left for them, have either decided to join the larger masses – where their voices have been silenced, now – or, they have become so “battle weary” and frustrated that they have resigned themselves to a thought process that supports a sense of hopelessness about any change or progress being able to take place.  Many have settled for the fact that, “this is just the way it is, here”.

This overall “complacent attitude” within our neighborhoods has made it almost impossible for our community leaders to gain respect at the tables of change, in the meeting rooms, or at the LGBT venues where relevant issues are being addressed.  The African American/Black Trans community stays at home, when there support is needed.  They don’t have time to attend meetings, conferences, or public forums where their voices could be heard.  They don’t want to add their names or lend their support to this cause.  Why should they?  They feel that there is nothing positive or beneficial in it for them.  So...

Simply put...the few people whom today, are considered leaders in our community often find themselves in situations where they have very little (if any) support from the very people they are trying to uplift and empower.

2. How long have you been transitioned and who were your trans role models?

SG-I began my personal transition in 1964.  I completed it in 1969.  Although I had many friends/peers around me during my transitioning years, there were 2 older Trans-women that took me under their wing and encouraged me to follow a path that led me in a direction much different from my friends.  To this day, I owe who I became to my (dearly departed) Trans-sisters, Ms. Bobbie Hall and Ms. Willa Davis of Dallas, TX.  They were the ladies who helped me understand how to prepare myself for the many emotional hurdles, heartbreak, and disappointments that my lifestyle would inevitably expose me to.  Along with the teachings of my Mom, Bobbie and Willa I learned about the power in patience, forgiveness, self-worth and independence – among other things.

I’ve had other role models since these early days but, I was very fortunate to have had a good, solid foundation to work from which keeps me grounded and focused.


3. Do you believe African American trans elders have done a good enough job of passing our history down to the younger generations, and if not, what are the reasons you believe this isn't happening?

SG-I believe our elders have done the best they could, given the circumstances.  There’s so much more to do, however, we have to be realistic about the social and socio-economic standards of our country, at this time.  These circumstances often – unfortunately – dictate a persons priorities; which can be resultant outcomes far from the guidance and advice of their peers.

4. If you had the power to grant any wish to the African American trans community, what would it be?


SG-The power to have a free and uncomplicated education – leading to a degree and job – in whatever field they chose.

5. What's the one thing about Sharyn that no one knows about you that you feel comfortable revealing to the cyberworld?

SG:-That I am a “painfully” shy person in reality.

6. What is the state of the Black Trans community in the East Bay?

7.  Who are the Black trans leaders that you admire, who inspire you or you see as up and coming leaders?


SG-I am inspired by a pretty large group of committed and hard-working Trans ladies and men – globally – that I have been very fortunate to know and be affiliated with over the years.  Although they aren’t necessarily located here in the East Bay, they are my support and keep me inspired to do the work that, hopefully, brings benefit to my local community.

8.  What are some projects that you are currently working on?

SG-I am working on the revision of a past newsletter publication I did. a couple years ago.  The plan is to make it a national magazine, dedicated to news and information focusing on the Transgender community.


9.  If you were mentoring a young transperson, what are some of the things you would tell them?


SG-Most importantly, I would try to encourage them to focus on pursuing a good foundation for education – for themselves.  This is critical in terms of finding future employment and experiencing a truly independent and productive lifestyle.  I would also explain to them the importance in surrounding themselves with positive and supportive people who are involved in doing positive things in their own lives – and not necessarily focusing on bar-hopping/partying, drugs, and sex.  Finally, I would want them to know that “beauty fades”...and after that, you need to have something else going for you...like integrity, honor, and self-respect.  I’ve seen many “to-die-for” bodies in my time that had absolutely no ability to benefit the people inside them...or anyone else.


10.  Where do you see the African-American trans community at the end of this decade and beyond?

SG-   For me, and given what I’ve observed over the past few years, this is a somewhat frightening thought! Unfortunately, I can’t say that in my immediate geographic area I’ve seen an increase in new, young faces embracing the role of Advocates for our African-American Trans community.  As we (elder) peers are tiring and aging out, we often find there is no one to pass the ‘torches’ to.  My alarm is that, because we live on the West Coast – specifically in the Bay Area – and under this proverbial “shadow of San Francisco” which often establishes the rules, guidelines, politics, etc. for how the LGBT lifestyle is to be experienced...we will become victims of whatever this power-play continues to dole out to us.

Sadly, not only is the Trans community (itself) often ignored or further disenfranchised by these decisions, the African American segment is even less of a consideration in terms of just a basic inclusionary process.  So, without our voices at the tables where decisions of power are being made...I feel that progress for our African American Trans community will continue to be based on a scale that is intermittently slow and stagnant.  The solution?  I’m definitely working on it...