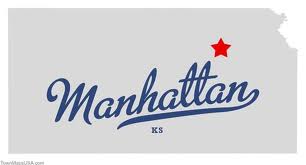 The list of areas that protect transpeeps win its civil rights statures just got longer.

Manhattan, KS, the city that is the home of Kansas State University became the first city in the state to pass a civil rights law that adds gender identity language to atcovers trans people and the second to add sexual orientation language.

The Manhattan City Commission voted in favor of the non-discrimination ordinance 3-2.    The two haters, Bob Strawn and Loren Pepperd spit out the usual 'special rights BS' as the reason they opposed it.    The three YES votes included Mayor Bruce Snead.

"This is about equal rights," Snead said. "It's not about special rights or special protections. It's about equal protections."
The Manhattan ordinance has several key changes that aided its passage.  Notably, the term gender identity was given a definition. According to the ordinance, it is defined as "a person's good faith and continuing presentation of the person's gender-related identity, appearance, mannerisms, or other gender-related characteristics, which may or may not be consistent with the person's biological sex."

An exemption was added to the Unlawful Employment Practices, section 10-16. The exemption allows an employer to be relieved of liability if they provide similar accommodations, such as restrooms and locker rooms, for persons with a different gender identity.

A provision was added giving business owners and those providing public accommodations may inquire "whether a person has good faith and continuing to establish a particular gender identity" to ensure, for example, that a man is not merely identifying himself as a woman to enter the women's locker room.

Since there's always been this rivalry between Manhattan and Lawrence because of the two universities they house,  time will tell if Lawrence, the home of the University of Kansas, will step up to the plate and protect its TBLG citizens against discrimination like Manhattan did.

But for now, I have another reason to root for Kansas State whenever they play.