Shut Up Fool! Award- Closing In On V-Day Edition 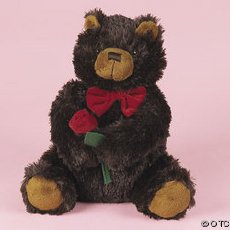 Monday will be Valentine's Day, so for those of you who are in committed relationships I salute you.

It's also a reminder that you need to bust a move and get to the malls, the flower shops, the drug stores or wherever and get the person you love some candy, a ring or reservations for two to whatever restaurant you're going to dine at.

And it better not be the fine French cuisine at Jacques in Le Box.

Since this is a weekend of love, it's a nice segue into our weekly Friday business know as the Shut Up Fool Awards.   I show some love and shine a bright spotlight on the folks who have exhibited off the charts stupidity

I'm just going to get straight to this week's SUF winner, because nobody else was even close, not even repeat SUF winners Glenn Beck or 2010 Shut Up Fool of the Year Sarah Palin. .

This week's winner is Georgia state rep Bobby Franklin.   Give you one guess what party he proudly belongs to.

Bobby introduced a bill in the Georgia legislature that would change the state criminal codes so that in “criminal law and criminal procedure” (read: in court), victims of rape, stalking, and family violence could only be referred to as “accusers” until the defendant has been convicted.

WTF?   There's no such thing as a rape victim?   Really Rep. Franklin?     Does this conservafool even have any female relatives that love him besides his mama?

We all know that this is a crime that predominately committed by men against women.   Is that why Booby is so hell bent on changing the laws as to how to refer to it?   And I'd love for some enterprising blogger or investigative reporter to delve into his high school and college days and see what the ladies though about his trifling behind back in the day.

By the way, you can hit him up on his FB page and let him know what y'all think about him Cro-Magnon line of thinking.