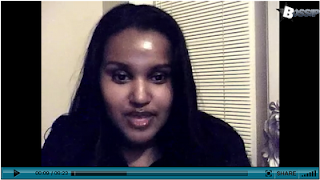 These are the type of intramural family discussions within the Diaspora we like to normally keep in house and deal with.    But this bullshit was so foul it needs to be exposed  for the world to see..

An Ethiopian woman, akat042001 composed a YouTube video in which she ignorantly said some things about African American women that have started a firestorm of criticism aimed at her from across the Blackosphere.

It has jumpstarted a long needed discussion about the jacked up thoughts and misconceptions continental Africans have about their Western Hemisphere cousins and how those perceptions are indistinguishable from the 'unwoman' crap we hear spat at us by white conservafools.

Renee of Womanist Musings had some things to say in her post and a follow up one she wrote because the clueless youngling still doesn't get it. .     Now it's my turn.

First of all, we are very much aware of the hate directed at African Americans and sadly some of it comes come continental Africans.  In 2007 I pimp slapped one Kenneth Eng over an anti African American rant couched in the same ignorance you exhibited.


Akat42001, guess you forgot about the 400 years of negativity that was the slave trade and all the twisted theology, propaganda and bogus scientific theories that were used to justify enslaving our ancestors and demonize African Americans in the process.

And still we rise in spite of it.


African Americans are coming down on your ass because what you said in three videos isn't much different than the racist claptrap we hear spat at us by right wing conservafools, and you just keep digging a deeper  hole for yourself.

Damn, where's the DROP Squad when you need them?

Your inaccurate assertion that 'Black women want to be Asian women' is woefully off the mark.  I submit that the reality is more like the sentiments Diana Ross expressed in an October 1989 ESSENCE magazine interview.

'I never considered it a disadvantage to be a Black woman. I never wanted to be anything else. We have brains. We are beautiful. We can do anything we set our minds to.' 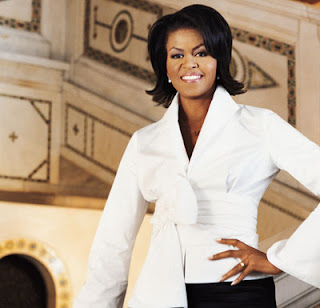 Black women have done and are doing everything from serving as corporate moguls to the First Lady of the United States, and doing it with class, style, dignity and pride in our African heritage.


I suggest you spend this Black History Month, the rest of 2011 and every year thereafter getting acquainted with Black history and the accomplishments of African American women because you have spent far too long in the suburbs being immersed in 'whiteness'.

The bottom line is white supremacists don't care and aren't going to make the distinction between continental Africans and African Americans.   They hate 'errbody' with dark skin as the murder of your countryman Mulugeta Seraw by skinheads in Portland, OR back in the 90's should have made crystal clear to your colonized mind a long time ago.


But you keep on thinking you're 'better' than Black women and you're immune to the forces that we have to deal with here.   Reality will bite you in the behind soon enough.