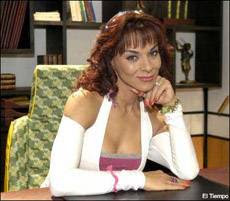 Colombian transwoman Endry Cardeno transitioned at age 17 and is a popular television and film actress  in her native country.    She currently has a starring role on a top rated Colombian soap opera called  Los Reyes .

Cardeno is about to break ground on another front as well.   She is going to appear on the cover of a Colombian men's magazine called SOHO.

Its format is equivalent to Maxim and Playboy in the States.

As I've said more than a few times in this blog, transpeople are part of the diverse mosaic of human life on this planet.   If given a chance we can excel at anything we do, including making the men all pause and say 'Damn' when we walk into a room..

To the haters, deal with that.