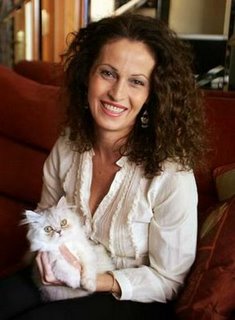 Spanish transwoman and actress Carla Antonelli has long been a trailblazing activist and champion for our people in her homeland.

She pushed for the changes in Spanish law that allowed transpeople to change their identity documents, even going as far as undergoing a hunger strike to get it done.

She was also the first person in Spain to ask for a change of name and sex on her identity documents.


Carla has been retired from TBLG and national politics since 2007, but is about to take another step back into the political arena.

Tomas Gomez, the Socialist Party leader in Madrid has announced that Antonelli will stand as a party candidate for the upcoming May 22 Madrid regional parliamentary elections.

"As a woman and as a politician I am interested by all subjects, unemployment, health and all the needs and concerns of the Madrileños.".

If she wins she would become the first transperson elected to a regional parliamentary seat in Spain.