Next to IFGE and the Southern Comfort Conference in the ATL,  the Creating Change one gets the Moni Two Snaps Up Seal of Approval.

It's known as the National Conference on LGBT Equality, but in the TBLG community it's known by the moniker Creating Change.    It's the event the Task Force puts on, and if you're a budding GLBT activist or a veteran, this is the conference that you want to come to and learn how to be a better one.

I attended my first Creating Change when they held it in Oakland in 1999.   I had the pleasure of seeing then Oakland mayor Jerry Brown do a welcoming speech at the initial plenary session and meet many of the TBLG people fighting for Kentucky that a few years later I'd be working with on various projects..  Since then either my work schedule or cash flow have been a barrier to me attending it, but eventually I will get to do another one.

One of the things I haven't liked is that they changed the date of the event from late fall to February, which means that if they have it in a cold weather city, the weather will be at its winter worst and you run the risk of it getting snowed out. 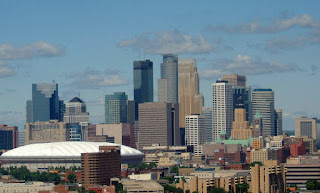 This year's host city is Minneapolis and it's running from today through February 6.   And right on cue the Midwest is dealing with a nasty snowstorm that is impacting air travel and ground transportation for the folks trying to get there.

But that's the weather breaks.    Hopefully it'll clear and the folks who are traveling to the Twin Cities to participate in it can do so.

To my TransGriot readers who are headed to Creating Change or who are already there, stay warm, get your learn on and have a wonderful time.    Hope to see y'all at the 2012 event