We Don't Need No Scam Artists 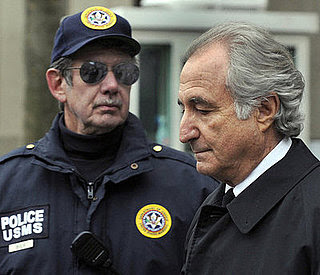 As Bernie Madoff and other scam artists have repeatedly shown, never underestimate a human being's capacity to unscrupulously fleece his fellow humans for their own personal financial gain.

I'm bringing this issue up because the African American trans community is at a point in which I and other transpeople of color are making serious headway in educating people about how our trans issues are different from our white counterparts. That is also beginning to become evident in our own African descended community as well.

There is a hunger for knowledge on those issues, and people who have the long term interests of the African descended trans community in mind are diligently working to present our case in as professional, informative and morally upright a manner as possible.

But unfortunately there are transpeople who only care about themselves. Combine that selfishness with the fact that many of the procedures we need to transform our bodies require a steady cash flow. Transmen needing top surgeries and transwomen needing electrolysis, laser or SRS may become desperate enough to try to scam or steal their way into getting the money they need for their transformations.

Some of them won't care about the collateral damage they leave behind in their wake as they strive to 'look out for number one'. 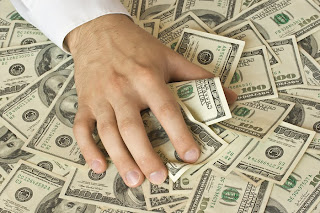 It doesn't happen often, but this has already occurred within a few organizations in the white trans community. A person entrusted with handling the money skimmed off some for personal use without legal retribution, only opening the door to more thefts because they didn't send the message the first time it happened it wasn't going to be tolerated.

I know of one organization that went the other way and prosecuted the person that embezzled funds from their treasury the first time it happened. Needless to say it hasn't happened again.

We don't need that kind of drama when we as African descended trans people are already fighting to overcome negative race based perceptions about us. When we interact with the cis and trans world, we need to bear that in mind.

Any activities or business transactions we engage in should be conducted with scrupulous honesty and as professionally competent as possible. Nothing leaves a negative impression or a bitter taste in someone's mouth longer than losing their hard earned money through scam or theft If we discover such people in our midst, they need to be prosecuted

We need to bear in mind you may be the first trans person of African descent many people have had a chance to interact with.

Your actions, for good or ill will have an effect on us either way and form the basis of their attitudes and impressions about the rest of us.

And we don't need any scam artists messing that up.
Posted by Monica Roberts at 11:00 AM