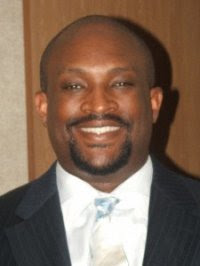 Yeah, I know it would be desirable to have more African descended people involved in both parties, but what's the point of that exercise if they're going to mimic the oppressors behavior?

The high school civics teacher delivered a passionate speech against the health care reform bill Monday night to Broward County Republicans. During the speech, Poitier addressed the President by saying “Listen up, Buckwheat…”

That might gain Poitier GOP fans, but not in a district that is 57% African American and 9 out of 10 peeps voted for the man he just disrespected with the comment.

And it begs the question I asked at the beginning of this post. What's the point in having Black peeps in the GOP if all they are going to do is be chocolate covered sycophants spouting the same tired conservative talking points we overwhelmingly reject when white candidates spout them?
Posted by Monica Roberts at 12:30 PM