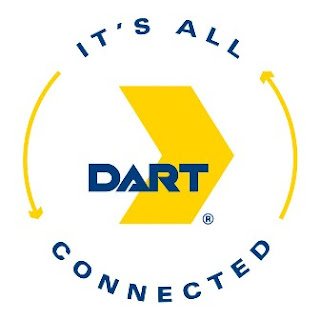 Dallas has been challenging Austin for being the most TBLG friendly city in Texas, and cemented it with the narrow loss of an openly gay councilomember who ran for its mayor's chair two years ago.

However, native Texans are also aware of the fact that the third largest city in the Lone Star State one upon a time was Republican turf. As evidenced by Dubya moving there to live post mispresidency, still has that fundie GOP undercurrent despite the Democrats taking control of Dallas County politics at all levels in 2006

Nevertheless, I was stunned to find out courtesy of the Dallas Voice along with the Dallas area trans community that attorneys of DART (Dallas Area Rapid Transit Authority) for some inexplicable reason decided to go to court to get the gender marker change of a 20 year post operative DART employee reversed.

The identity of the person involved is being concealed to protect her, but this case is taking some interesting and disturbing twists. 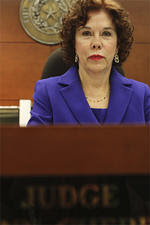 The judge that granted the reversal, 301st Family District Court Judge Lynn Cherry, received the Pink Pump Award from the Stonewall Democrats of Dallas in 2009 for being an ally to the group.

There will be a DART board meeting taking place Tuesday, March 9 from 6:30-9:30 PM to press the DART board to expand their anti-discrimination policies to cover transpeople in light of this jacked up situation.

The meeting will take place in the DART Headquarters Akard Station Board Room, and the address is 1401 Pacific Ave in Dallas, TX.

Okay DFW Metroplex, time to stand up for a trans sister and help yourselves at the same time. If DART did this to an employee with a clean record because someone in DART has their hate on for transpeople, who's next?

So give 'em hell Dallas trans community and get justice for our sister.

Someone in Dallas County also needs to be seriously contemplating a run against Judge Lynn Cherry as well.
Posted by Monica Roberts at 1:00 AM