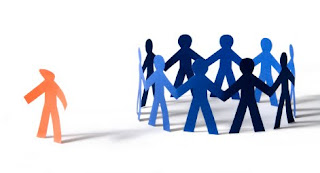 If you're wondering why I and other trans people spend a lot of time griping about ENDA not moving toward becoming law as expeditiously as possible, this latest story out of New York is evidence why.

The group sent a trans and cis person to each one of the targeted retailers to apply for jobs with matching resumes. The resumes matched in respects of age, race, and work experience. 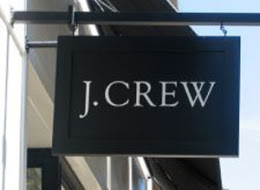 J. Crew was singled out for blatantly violating the New York City Human Rights Law. According to Make The Road NY spokesperson Irene Tung, one of the transgender employment testers, Julian Brolaski, applied at the 5th Avenue J. Crew store and "was treated brusquely, told to fill out an application and was never called.

His testing partner, Leigh Cambre, who entered the store a few minutes later, described a very different experience, 'I filled out an application, was interviewed on the spot and offered a job soon after.'

A separate pair of testers also documented a similar situation.

You can click on the chart to see the distressing results. 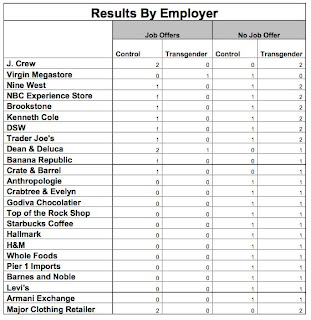