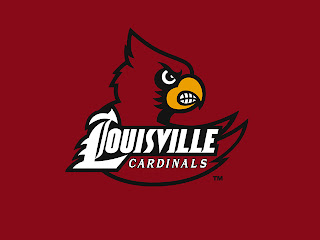 TransGriot Note: This news comes courtesy of Brian Buford , head of U of L's Office of LGBT Services.

Vice President for Business Affairs Larry Owsley informed students yesterday that he had converted six restrooms to gender neutral as part of an agreement he made with leaders from commonGround and the Office for LGBT Services last fall. Two new buildings, the Duthie Center and the Center for Predictive Medicine, will also include gender neutral restrooms. "I've committed to including gender neutral restrooms in all new construction," Owsley said.

Students met with Owsley before Pride Week 2009 to ask for the additional restrooms and explain the importance of safe spaces for people who are gender non-conforming or transgender.

"Bathrooms are often the places where harassment is most encountered. And when someone whose gender expression is even a little bit different from their genetic identity steps into a seemingly exclusive male/female-only space, it sets them up for personal attacks. That gets eliminated with gender-neutral restrooms," said student Evelyn Avery.
Posted by Monica Roberts at 7:30 PM

Labels: Kentucky, Louisville, U of L