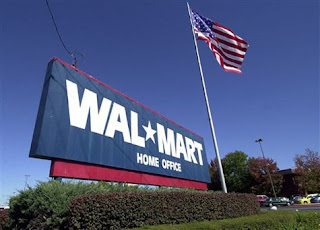 It didn't take long to find the perp in last Sunday's racial PA incident at a New Jersey Wal-Mart. The suspect is a 16 year old boy who was arrested Friday in Atlantic County on bias intimidation and harassment charges.

The teen was released to the custody of his parents and is from Atlantic County, NJ according to deputy police chief John Dalesandro of the Washington Township Police Department.

Wal-Mart officials condemned the incident, saying the behavior was "unacceptable."

Authorities haven't determined as of yet whether the 'all Black must leave' announcement was ad-libbed or premeditated. They are investigating a second youth who accompanied the arrested teen to the store.
Posted by Monica Roberts at 7:35 AM