I Repeat: Just Because The 'Authorities' Claim You're A Prostitute Doesn't Make You One 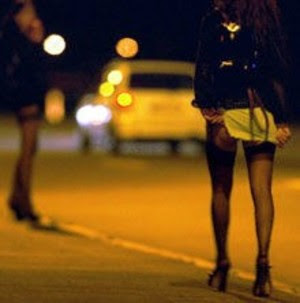 In the wake of another San Antonio police officer being busted for sexually assaulting a transwoman, the 'Po-Po's Are Always Right' crowd have been trying to spin their way out of this latest mess and defend the officer.

In the comment threads of the story they are already trying to invoke the Duke Rape case and quoting a line in the Peter J. Holley story which states 'the complainant, authorities say is a prostitute'.

Excuse me? Have any evidence to back that up, or as usual did you believe every word the po-po's said?

One of the things that people of color are painfully aware of is that we know police departments have a cadre of less than honorable police officers who will lie, cheat, steal, fabricate evidence and are racist, homophobic and transphobic.

It also makes it hard on the officers who are honorable and interpret protecting and serving the public to mean EVERY segment of the community.

So it stands to reason that unless there is evidence out there that backs up that statement, just because the 'authorities' say a person is a prostitute doesn't necessarily make them one.

Far too many times transwomen of color are profiled as sex workers by police even if they aren't.

Police also use 'prostitution' as a catch all charge to arrest transpeople who are simply minding their own business, then once they are in custody take that time to harass them or worse.
Posted by Monica Roberts at 2:08 PM