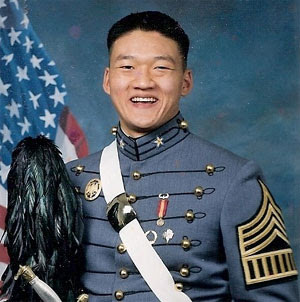 DADT repeal activist and founder of the West Point GLBT group Knights Out Lt. Dan Choi was recently quoted in a Newsweek interview as saying he felt "so betrayed" by HRC.

I have great respect for her (Kathy Griffin) as an advocate. But if [the Human Rights Campaign] thinks that having a rally at Freedom Plaza with a comedienne is the right approach, I have to wonder. Don't Ask, Don't Tell is not a joking matter to me. To be at Freedom Plaza and not at the White House or Congress? Who are they trying to influence? I felt like they were just trying to speak to themselves. If that's the best the lobbying groups and HRC can do, then I don't know how these powerful groups are supposed to represent our community. Kathy Griffin and [HRC president] Joe Solmonese said they would march with me to the White House but didn't. I feel so betrayed by them. 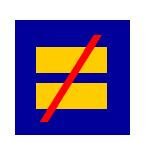 I experienced the same disappointment and moment of epiphany about HRC in 1999. It led me to join other transpeople who had the same moment of clarity to found NTAC over a decade ago.

It also led me to the conclusion that African American transpeople need to do more for ourselves in terms of fighting for our rights since white run and led organizations could not be trusted to effectively advocate for us and our issues.

You have not only discovered how your trans brothers and sisters feel about the Human Rights Campaign, you've echoed some of the same concerns, complaints and comments LGBT people of color have articulated about HRC for over two decades. 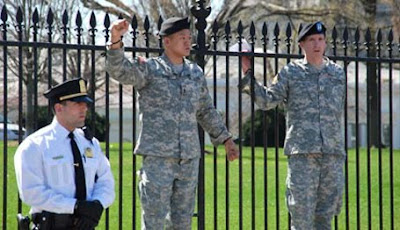 And by failing to support you at your White House protest, HRC once again has reinforced the perception that people of color are only welcome in the GLBT movement to provide melanin for photo ops, not determine policy or set the agenda for the movement.

One thing we people of color know all too well as Frederick Douglass reminds us, power concedes nothing without a demand. If the people leading your movement are too busy sucking up to the same powers instead of confronting them on behalf of the powerless people you purport to represent, it leads to an ineffective movement.

It also manifests itself in leaders that are resistant to doing anything that may put their own comfortable position at risk or engage in "tough minded" confrontational strategies that anger the defenders of the status quo they so desperately want to be a part of.

Lt. Choi, thank you for speaking your mind. You have now joined the expanding ranks of people across this nation who are seriously questioning the fitness of HRC to lead the GLBT community toward achieving the goals of full societal equality and fairness for our people.


Crossposted from The Bilerico Project
Posted by Monica Roberts at 5:00 PM