If I Were President

A year and three days from today, we'll be casting ballots in a presidential election (and a congressional one as well) that will determine the course of our nation for at least the next decade.

So this is your gentle reminder from the TransGriot to not only make sure your voter registration is in order, but spot check it from now until November 4, 2008. The GOP Dirty Tricks Vote Suppression Squad will be out in force from now until then trying to steal another election.

Only you can prevent stolen elections.

We'll now return you back to your regularly scheduled post.

I thought I'd exercise my mind today. Let's presume that I've survived a nasty campaign, secured the Democratic nomination and just been elected president of the United States by a razor-thin margin.

At noon on January 20, 2009 I stand on the east steps of the Capitol building, take the oath of office and make my inaugural speech. I've checked out the inauguration parade that includes the TSU Ocean of Soul, my high school, the University of Houston band, the FAMU Marching 100 and the Grambling Tiger band. The inaugural ball has been held with Parliament-Funkadelic and Stevie Wonder performing at it and I'm looking fly in my formal wear.

Now I'm waking up the next morning at 1600 Pennsylvania Avenue slightly buzzed from the champagne toasts and coming to grips with the reality that I have to clean up the mess George W. Bush left behind. I have to get to the nuts and bolts of running the country and doing the job that 300 million Americans expect and elected me to do. 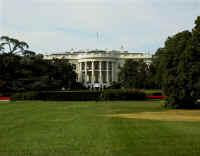 So what would I do differently (and demonstrably better) than George Walker Bush? What would this country look like under a Roberts administration?

The first order of business is bring our troops home from Iraq with the quickness. They've done their job, Saddam's dead, there are no WMD's there so our boys and girls need to come home ASAFP. I'd withdraw them from Iraq and leave a skeleton force there to help get the Iraqis up to speed enough to defend their own country. Our troops get to come home, rest, rebuild, and prepare for the next challenge facing our country. 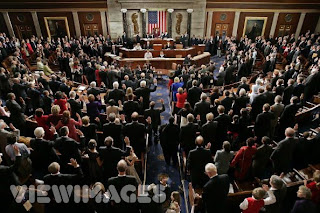 I'd ask Congress to pass and have on my desk within 100 days a universal single payer health plan similar to what Canada, Great Britain and 'errbody' else in the industrialized world has. It's a travesty that we're the only industrialized nation that doesn't have such a system. I'd use the money I save from ending the Iraq War and the rescinded tax cut to pay for it. I'd also fold the separate congressional health care system into the new universal health care system so that Congress has a stake in making sure it's properly funded.

In order to continue stimulating the economy I'd end the tax credits for moving manufacturing jobs overseas. I'd give tax credits to companies that not only move plants back here on US soil, but build them near depressed urban areas. Additional tax credits would go to companies that build facilities to provide jobs to inner city areas. I'd maintain the interstate highway system, increase funding for mass transit and start increasing funding to build a bullet train system between major urban corridors. I'd make it easier for people to join unions since union membership has been proven to elevate the standard of living for workers.

I'd make a serious push to tackle racism. I'd not only issue an apology for slavery, but put together a panel similar to the Truth and Reconciliation Commission that post-apartheid South African held to expose the ugliness of slavery and being the healing needed to move forward from that period of our history. 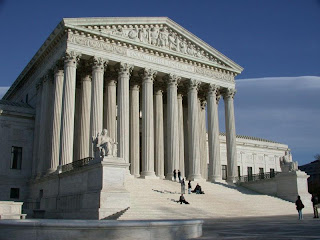 My administration would look like America as well. I'd find the best and brightest minds, GLBT or straight. Some Supreme Court seats would probably come open during my tenure and the first one would go to a Latino or Latina jurist. It's past time we had a Latino on the court. The next would go to an Asian for the same reason, followed by an African-American woman to counteract Clarence Thomas' self hatred.

It also goes without saying that any of my judicial nominees would be from the liberal-progressive centrist tradition and would also reflect America as well. No 'strict constructionists' need apply for not only my judicial appointments, but Department of Justice openings either. 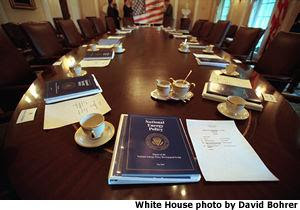 I'd not only cut funding for the Faith Based Initiative, but add a requirement through an executive order that in order to get those funds the recipient churches would have to comply with ALL civil rights law.

I'd kill No Child Left Behind. I never liked the fact that it was designed by voucher advocates who hate public schools. I believe in having high standards, but high stakes testing isn't the only way to get there. Unleashing the creativity of our teachers is. I'd ask that teachers be paid well in order to attract the best and the brightest, give them tax credits for as long as they taught in urban districts and create a balanced national core curriculum that emphasizes creative thinking skills, reality-based science, math, history, civics, ethics, physical education, reality based sex education starting at the first grade level and music.

My administration would repair the damage done to our international good name. I'd need to make visits to our friends to repair our frayed alliances with other nations and work to develop partnerships to deal with pressing world problems.

Oh yeah, my state dinners would have some slammin' entertainment for our foreign dignitaries as well such as Alicia Keys, John Legend, Jill Scott, Boney James, and two of my Houston homegirls you may have heard of by the names of Yolanda Adams and Beyonce. And that's just for starters. 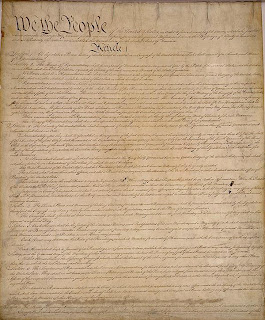 Finally I'd push for a constitutional amendment I call the FEVA, the Federal Election and Voting Amendment. It would make voting a constitutionally guaranteed right, designates Election Day as a federal holiday and allows felons to regain their voting and full citizenship rights once they've paid their debt to society. The FEVA would specify that the only machines acceptable for any US election would be ones that have a verifiable paper backup.

Okay, I think I've covered the basic themes of the first four years of a Roberts administration. Anybody have a spare $500 million lying around doing nothing so I can run?
Posted by Monica Roberts at 12:20 PM