Today's TDOR is 48 hours away from Thanksgiving Day. Short of having good friends, some family members in my life, a good job, a roof over my head, food to eat and relatively good health I don't feel like there's much to be thankful for.

We've been 'gayjacked' out of an ENDA bill that our community desperately needs and told because we fought tooth and nail to stay in it, we're going to get frozen out of federal civil rights legislation until 2013. We also paid $20K of hard earned T-bills for the privilege of getting screwed by HRC, and we already have some elements of the transgender community with short memories trying to say that we need to work with an organization that repeatedly screws us. Here in Louisville the JCPS is prepared to go forward with protections for GLB workers, but not transgender ones as the Forces of Intolerance gear up their faith based hatred and lies to stop it.

The weather here in Da Ville is warm and sunny, but it doesn't match my mood at all on this day. I know I shouldn't be letting this depress me, but it does because I care. I look at the pictures of Riley, Jazz, Rochelle, Kim and all those other transkids now in elementary, middle or high school and wonder if they will still be facing the same bull we are dealing with ten, twenty-five or fifty years into this century.

On this TDOR we're adding another dozen names to the ever growing list of people killed by anti-transgender violence. I think about the night I almost joined that list back in 1996.

I think about all the drama that has transpired over the last two months and how it's going to indirectly fuel the negative perceptions that will lead to more deaths of transgender people for the remainder of the year and into 2008 as well.

I think about the ignorance being spouted about transgender people from folks in my own community. People who should know better than anyone what it's like to be reviled for who you are and have compassion for this situation. It also saddens me to know that 70% of the people on this list are people of color as well.

But as Dr. King so eloquently stated, while we must accept finite disappointment, we must never give up infinite hope.

Those are the words that I hold on to along with my unshakeable faith that this situation will turn around in my lifetime. I believe that the day will comme in which we transgender people are seen as God's children and valued human beings, not the punchline to a joke or targets of irrational violence and faith-based hatred. 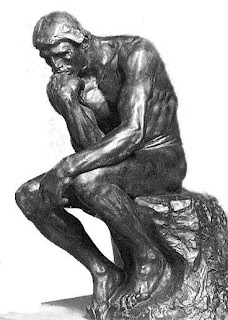 I pray that we will be able to unleash our spirituality, creativity, work ethics, pride in who we are and competitive drive to make better lives not only for ourselves, but uplift this society as well.

I also want to see the day that killing a transgender person is not seen as socially acceptable behavior and the person who does so gets the same level of punishment as someone who kills a non-transgender person.

I also hold out hope that one day the TDOR ceremonies won't be needed. But alas, I fully expect that we'll be doing this again at the LPTS and other locales around the world next year.
Posted by Monica Roberts at 3:52 PM

I attended a TDOR ceremony last evening. It gave me much hope that our community is strong and growing. As a transgender woman, I was greatly disappointed about the results about the ENDA bill. We have to keep on fighting. What encourages me is the number of young people outside the community who are more open about LGBT issues. Another is that I am sharing my story with people who are really interested.

Monica, just be thankful that we can still do that because there are places around the world where transgender people cannot do this.

Genny,
I know. Our brothers and sisters in Jamaica and some places of the African continent are catching hell.

But it's hard to think that life is better here when British transsexuals and Spainish ones have FULL citizenship rights, and we in the States are SUPPOSED to be the world's leading democracy.

I really think, even though I wavered briefly on this, that the GLB part of the movement isn't really going to push for any rights for us that they're not going to push for them. So we get hate crimes legislation, and ENDA legislation, but nothing like The Gender Recognition Act or any privacy from social security outing us to our employers, never mind the Real ID mess.

And of course any legislation we do get to be a part of, we can be cut out of easily as a bargaining chip. :(

I've seen you mention the "no civil rights legislation until 2013" thing twice now, and it just makes me angrier each time, that our civil rights are subject to the Drowning Maestro. We all deserve to lose out on equality because a few assimilationist gay men got their white, affluent, privileged noses out of joint.