Cleaning Up The Mess In Frankfort 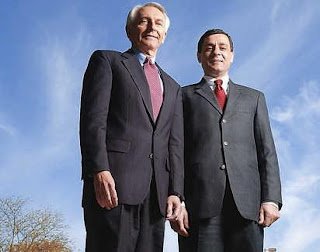 If the poll numbers are true, in about 48 hours I'm going to wake up on Wednesday morning to the wonderful feeling of having a Democratic governor again. Steve Beshear and his running mate, state senator Dr. Daniel Mongiardo have a 23 point lead going into the election tomorrow over our current governor Ernie Fletcher.

Beshear, who was lieutenant governor 20 years ago, is making honesty and competence the centerpieces of his campaign. “Kentucky for the last four years has been paralyzed by the shenanigans of Ernie Fletcher and his administration,” he said in a telephone interview. “Kentuckians are embarrassed by their governor.”

You got that right. 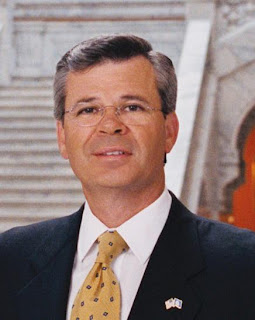 Fletcher was the first Republican in more than 30 years to sit in the Kentucky governor's chair, but has spent the last four years executing the George W. Bush good government handbook. He came into office in 2003 promising to 'clean up the mess in Frankfort' and running an ethical government.

I guess he meant ethical as defined by Republican standards. He didn't even have the chair warm when people in his administration started violating state civil service laws to pack protected state jobs in the Transportation Cabinet with less qualified Republican contributors by firing, demoting, involuntarily transferring or passing people over for earned promotions because they were registered Democrats. A grand jury investigating the merit hiring scandal ended up indicting the governor and 14 other people in his administration on a total of 85 criminal charges.

When called to testify, the former US representative and ordained Baptist minister pleaded the 5th, and pardoned all the people involved.

He also used an April 2006 'Diversity Day' celebration to remove GLBT people from an executive order that the previous Gov. Paul Patton (D) issued in 2003 to protect people from discrimination in state government employment. 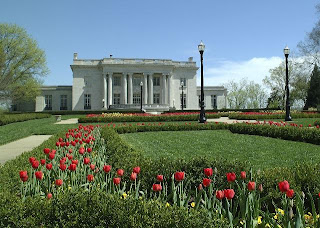 But while I'll definitely be happy to see Fletcher moving out of the Governor's mansion, I also have mixed emotions about it.

Back in 1999 we were doing a GenderPac Lobby Day and several Kentucky citizen-lobbyists stopped in then-US Rep. Ernie Fletcher's office to chat with him about transgender inclusion in Hate Crimes and ENDA. Fletcher is well aware we exist because as a doctor he worked at Good Samaritan Hospital in Lexington where the late transperson James 'Sweet Evening Breeze' Herndon once worked.

While Fletcher admitted he wouldn't be voting for either bill since he was tied to the Religious Right, he did spend the next 45 minutes telling our stunned transgender lobbyists all about the duplicitous backlobbying that HRC's Winnie Stachelberg, Nancy Buermeyer and GenderPac's Riki Wilchins were doing on the Hill prior to our arrival. An aide then produced the business cards they'd left behind.

So while I'll be happily voting at my precinct tomorrow to boot him out of the governor's mansion, I do have to thank Fletcher for being honest enough to let us know the truth about what was going on behind our backs.
Posted by Monica Roberts at 7:03 AM