TransGriot Note: Too bad Barney Frank, Speaker Pelosi, HRC, the state of Maryland and the Democratic Party didn't exhibit the same amount of moral leadership that the people of Montgomery County just did and pass transgender rights in ENDA. 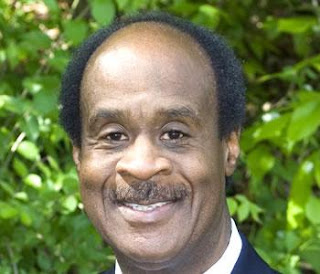 The law becomes effective 90 days after being signed by County Executive Isiah Leggett, which he’s expected to do before month’s end.

Dana Beyer, who is transgender and works for Montgomery County Councilmember Duchy Trachtenberg, praised the vote.

“I’m thrilled that it was unanimous,” she told the Blade moments after the measure passed. “It’s very touching.”

Beyer said the measure also would give new momentum to similar efforts elsewhere.

“I think it’s a day of celebration,” she said. “It’s another step toward getting these protections on the state level and on the national level.” 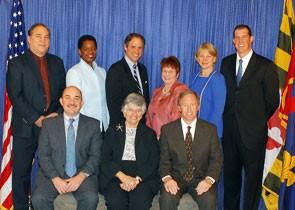 Tuesday’s vote puts Montgomery County alongside Baltimore as the two Maryland jurisdictions to have such laws.

Thirteen states have laws barring discrimination based on “gender identity or expression” in employment and almost 100 cities have similar ordinances.

Collectively, the laws cover about 37 percent of the U.S. population, according to estimates from trans rights groups.

By a 6-5 vote, the Senate Judicial Proceedings Committee rejected in March a measure that sought to outlaw transgender discrimination in the areas of employment, housing, credit and public accommodations.

In the wake of that decision, Montgomery County officials drew up local protections.

While supported by groups such as Equality Maryland, the measure drew opposition from Parents & Friends of Ex-Gays & Gays, plus other conservative groups.

Efforts to derail the measure included the distribution of fliers at area Metro stops and elsewhere that feature a door labeled, “Locker room for women & men who think they are women.”

The flier asserts the measure would “allow males who self identify themselves as females to have open access to all women’s and girls’ restrooms, locker rooms, dressing rooms, and showers.” 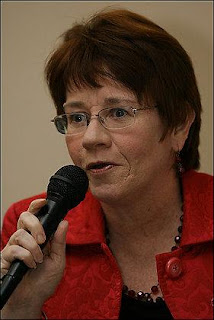 Trachtenberg, the bill’s sponsor, told the Associated Press that she removed the reference to the use of public restrooms “after a flood of e-mails, phone calls and radio advertisements criticized it.”

But the concession did little to stave opposition. Beyer said opponents of the measure “were acting out, showing signs, yelling and screaming” before Tuesday’s vote.

But an open letter by Parents & Friends of Ex-Gays & Gays opposes the measure for several reasons, including privacy concerns.

It says the bill would “guarantee the right of a biological male who identifies as female to appear nude in women’s locker rooms in the presence of nude biological females.”

The letter also says the measure does not include “reasonable exemptions” for businesses with less than 15 employees and religious organizations, and “trivializes the significance of biological sex.”

The role of the county’s Human Rights Commission also is questioned, with the letter noting officials need not only receive and adjudicate complaints of discrimination, but could also “initiate such complaints.”

Beyer said Tuesday the county’s Human Rights Commission would only respond to complaints that are filed by others.

She also said complaints that the measure would allow men to use women’s restrooms or locker rooms were false claims intended to stir “bathroom hysteria.”

“No trans person in the midst of transition, before genital surgery, goes and exposes himself or herself in any public facility,” she said. “It’s never happened. There’s never been [such] a police report filed in the United States.”


Joshua Lynsen can be reached at jlynsen@washblade.com.
Posted by Monica Roberts at 7:32 AM

Well this is a baby step in the right direction. Hopefully the entire state of Maryland will follow.

Do you know why they singled out cable television service to be included? I have never really heard of any discrimination by cable providers, usually they are too greedy to turn anyone down for service.

And considering what happened to us a week ago, it's welcome news.

This was an amendment to the County's Human Rights code. At some point in the past -- and I haven't discovered exactly when -- the issue of cable tv came up with respect to some other discrimination setting. It was then added to the code, which now applies for all protected classes, trans just being the most recent.

Dana,
Thanks for the additional information.

Funny how on the big issues the government finds itself being led by states and towns and counties nowadays. Illegal Immigration, Environmentalism, Civil Rights...One wishes that the Congress and the President would get up off their tushes and do the right thing for the nation, instead of dithering all over the place.

I'm spolied. I grew up at a time when the Congress was full of intelligent people with ethical integrity like Barbara Jordan.

There concerns were what was best for the country and they were trying to secure our future 25-50 years down the line.

Now we have too many poll driven political cowards.